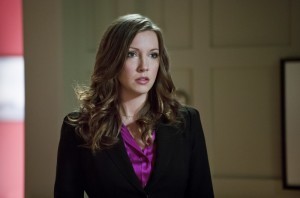 A new Arrow is on Wednesday night, March 27, and chances are that, if you’re reading GreenArrowTV, you knew that already.

It’s called “Salvation” and in it, a man calling himself “The Savior” decides to throw in his own brand of vigilante justice… online, for the world to see. The tie-in website GladesBetrayed.com, created by the studio, can offer some hints as to what we might see; it’ll be interesting to see how (or if) it changes after the episode airs.

We’ve seen the episode, and here are a few teasers to get you ready to go: 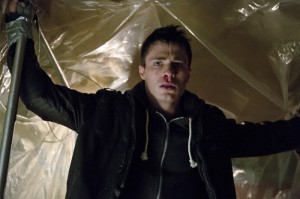 1. Colton Haynes is killing it as Roy Harper. Roy Harper is a favorite character of many fans of DC Comics, and now, he’s a favorite to many fans of Young Justice as well. If Arrow cast this role badly, it would have been really, really bad. Thankfully, they don’t. As Roy, Colton Haynes has some great scenes with Thea (Willa Holland), plus the episode’s “Savior” bad guy, and he even has a scene with the Arrow which will hopefully result in him turning his life around. This Roy reminds me a lot of the one (or ones) we saw in Young Justice; it makes me curious if Colton saw that take at all, or if the Arrow producers and writers had seen it. I’m so glad he’ll be a more permanent part of the cast next year. 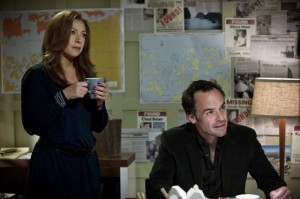 2. Shado! We get some more of Celina Jade as Shado in this one, and she might even get to kick some you know what. I’m really liking the team-up of Oliver, Slade, Yao Fei, and Shado on the island; now if only they could torture Fyers until he finally grows his mustache. (Not letting that go…)

3. Happy Family? In the first 17 episodes of Arrow thus far, we have barely ever seen Quentin Lance crack a smile. Now, he’s hanging out at home with Laurel and her mother, his former wife… and he’s even shaved! He’s starting to by into the notion that Sarah could still be alive, and that could get to be disappointing if she happens to not be. I like this storyline quite a bit. Keep an eye out for some revelations to come from Dinah (Laurel’s mother), and a surprise discovery from Laurel. And another thing: Phuket gets a shoutout, and I’m wondering if anyone ran into Once Upon A Time’s August while they were there… second one on TV this week.

4. Parkour! This episode might have the most acrobatic jumping around since the show’s pilot. I also liked that, in this sequence, Oliver is wearing everyday clothing… it’s a bit conspicuous when a guy in a green hood is going around ALL the time.

5. Just how does Felicity concentrate? The episode begins with a shirtless Oliver doing shirtless exercises above and around Felicity. How is she supposed to get any work done with those kinds of distractions? I guess it’s not sexual harassment if the guy is just doing his usual training routine, but go Felicity for staying focused!

6. The doo-doo that Moira has gotten herself into gets stinkier. Malcolm still is aiming to find out more about the hit that was put on him in “Dead To Rights,” and Moira is trying — and kind of failing — in her quest to keep herself and her family safe. Moira is such an interesting character, in that she is not a bad person; just someone who has ended up way over her head. My only complaint about this storyline this week is that John Barrowman himself didn’t appear, and his absence was pretty obvious.

7. Ladies. Oliver claims he wants no relationships, so they don’t have situations like the one McKenna ended up in, but, of course, he does have a nice reconnecting scene with Laurel in this episode. It could be that he learned a little about relationships from “The Savior,” or it could just mean he’s indecisive. Whatever it is, if Oliver goes for Laurel, Tommy’s going to be pissed… and I don’t know why he would anyway, since there is a really nice blonde he should go for. Does anyone ‘ship Oliver/Laurel out there, or is it all about the “Olicity?” 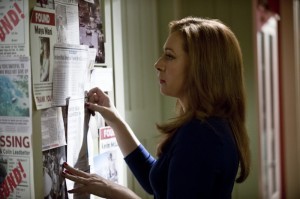 8. Speaking of perfect casting… Alex Kingston may have geek cred for her work on Doctor Who, but she’s also known for her talent as an actress. A bonus? She really does look like she could be Katie Cassidy’s mother. Still hoping the elder Dinah was an original Black Canary.

9. The Flash does indeed get a shoutout. As does his home town. You will groan, but you will also get a huge grin. Oh, what I’d give for a new Flash TV show…

10. So, is it worth seeing? Definitely. Wednesday night, March 27. Be there. Take a look at some images from the episode!