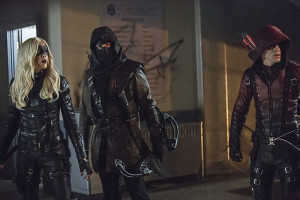 People tuned in to see the return of Oliver Queen last night, with an episode that at least in the 18-49 demo gave Arrow its best numbers since the Flash crossover.

Arrow had a 1.2/4 in the 18-49 demo, tying The Mentalist on CBS and beating NBC’s The Mysteries of Laura. In total viewers, the show had 2.89 million, and that number could always go up when DVR and other factors are counted.

What did you think of “Uprising?” Come talk about it on our Arrow forum!