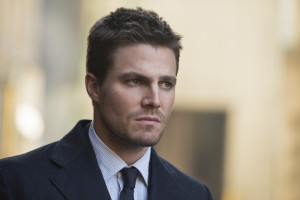 “League of Assassins” just ended on the East Coast of the United States, and after it, The CW released a trailer for next week’s episode of Arrow, which is titled “Keep Your Enemies Closer.”

The episode, which airs November 13, puts the spotlight on David Ramey’s character of John Diggle, with an enemy from the past coming back and the introduction of Amanda Waller to the Arrow mythos.

Here’s the new promo trailer. If you want to come talk about the episode that just ended, drop by our forum, and if you’d like to see some still photography from “Keep Your Enemies Closer,” you can find all of those images here. Extended promo courtesy of Miracle Promos!