Because releasing photos was not enough… The CW has also released an official description for the October 7 season premiere of Arrow!

The title of the episode is “Green Arrow.” Here’s the write-up. If you missed the photos, they can be found under the description.

MY NAME IS THE GREEN ARROW — Oliver (Stephen Amell) and Felicity’s (Emily Bett Rickards) blissful getaway is cut short when Thea (Willa Holland) and Laurel (Katie Cassidy) pay them a visit and tell Oliver they need his help back in Star City. The city has been attacked by “Ghosts,” assassins led by a dangerous man named Damien Darhk (guest star Neil McDonough). However, when Oliver returns, Diggle (David Ramsey) makes it very clear that he doesn’t want Oliver on the team. Thor Freudenthal directed the episode with story by Greg Berlanti & Beth Schwartz and teleplay by Marc Guggenheim & Wendy Mericle (#401).  Original airdate 10/7/2015. 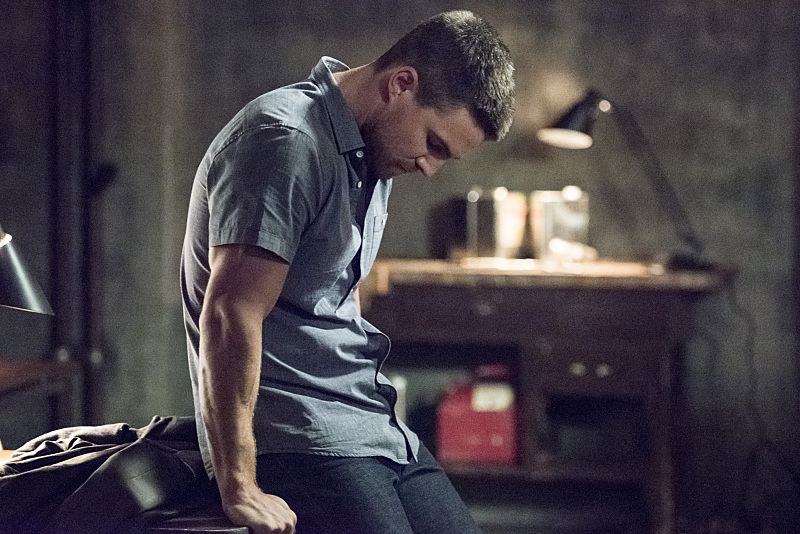