The Arrow episode “Kapiushon” airs March 22 on The CW and the network has just released some preview images including returning guest star Dolph Lundgren!

Her’s how they describe the episode; the photos follow below. 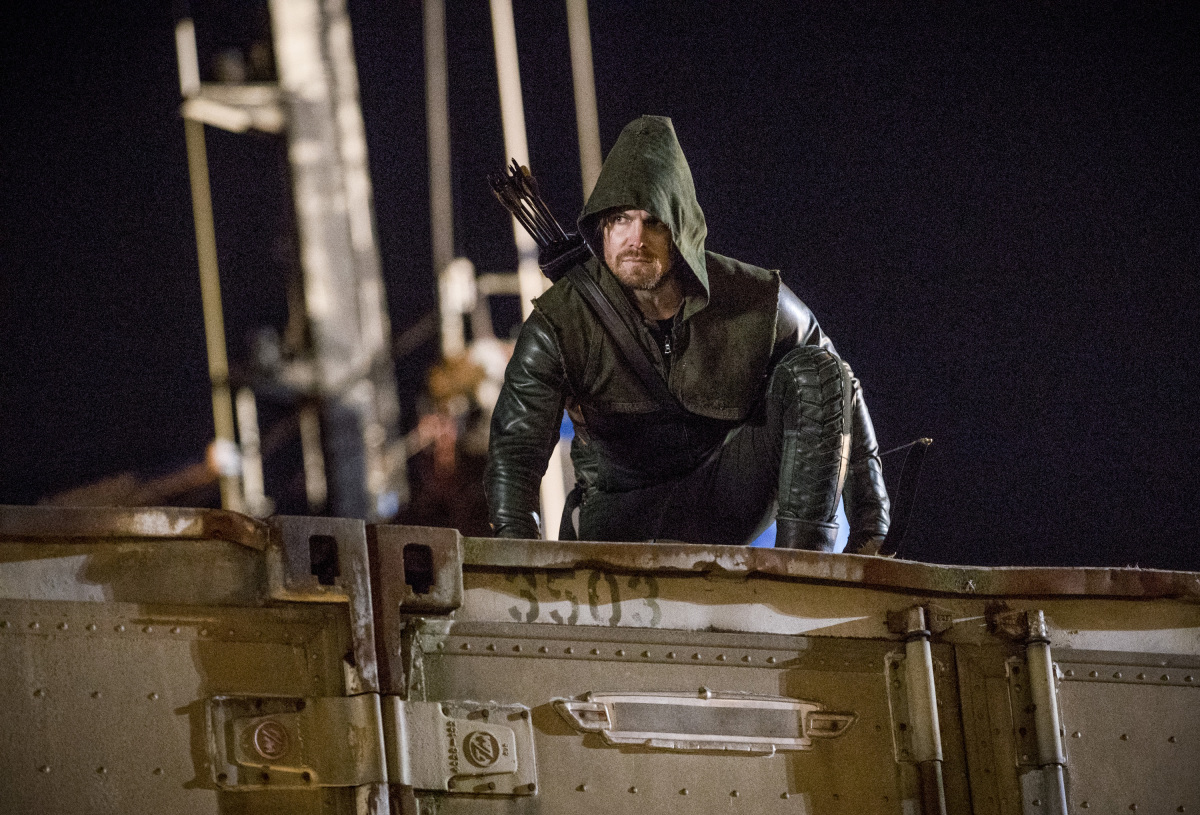