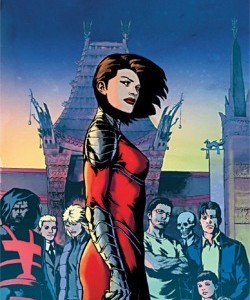 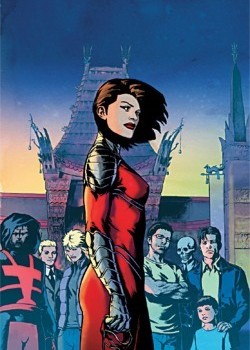 Arrow Is Casting A Manhunter 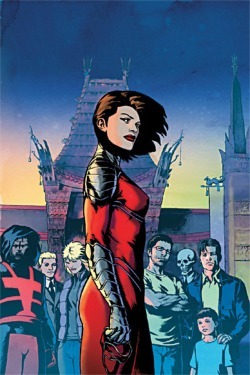 An interesting Tweet came from actress Ashley Scott this afternoon:

For one, this is interesting because Ashley Scott played Helena/the Huntress in The WB’s short-lived Birds Of Prey adaptation. That show also had a Black Canary, so it all comes together, in a way. Note that although the tweet says that she did a reading, we’re not sure that means that she has been confirmed for the role. (As I’m not an actor, I’m not sure where “reading for” falls into the process… maybe it’s just an audition?)

Even more interesting is that Kate Spencer is another character from the DC Universe – federal prosecutor by day, and vigilante “Manhunter” the rest of the time. This version of the character first appeared in Manhunter #1 back in 2004. Arrow’s Marc Guggenheim wrote Manhunter in DC’s later issues of Justice Society Of America.

We should also point out that even with Kate Spencer coming on to Arrow, that doesn’t guarantee her scarlet alter ego will come into play. After all, it’s doubtful that Arrow’s Felicity Smoak will actually be Ronnie Raymond’s stepmother. It’s still a cool reminder of the larger DC Universe that the Arrow producers are playing with.

No word on when Kate Spencer is coming on to the show, but we’re assuming from the timing that the auditions are for Episode 5 or 6.