Oliver Queen’s final mission begins tonight (October 15) at 9PM ET/PT on The CW, which makes today a perfect time to share an interview we had conducted with Stephen Amell earlier this year, around the time the third episode of Arrow Season 8 was being filmed. It’s the eighth and final season for a series and a journey that started in 2002.

While we got some questions out to Stephen at Comic-Con, including the “will we see Felicity” question, this sit-down was had at the Television Critics Association Press Tour a few weeks later in Beverly Hills, California. Be aware that some spoilers for Season 8 are discussed within! 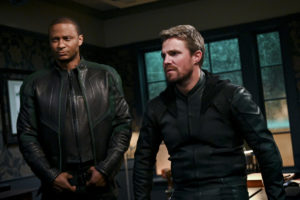 GREENARROWTV’s CRAIG BYRNE: We know from the trailers that Oliver will be working with John Diggle (David Ramsey) at his side. Can you talk about how Diggle fits into the equation in Season 8?

STEPHEN AMELL: Diggle finds out what Oliver is up to, that Oliver is doing the Monitor’s bidding, and Diggle decides that he’s going to be by his side, period. Oliver doesn’t want him to be, but realizes that he can’t stop.

So does this imply that Diggle is on this journey with Oliver?

It does imply that. What’s that comic book — the Hard-Traveling Heroes? 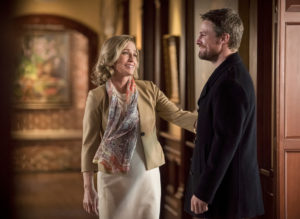 Have any of the return appearances for Season 8 surprised you, like, “wow, I didn’t expect them to bring that character or that moment?”

I don’t think anything has really surprised me. I think that Tatsu being in Episode 2 was awesome. Having Willa [Holland] back was fantastic. I was so happy that Susanna [Thompson] came back. I don’t know if she’ll be back again, but the arc and the scene between Oliver and Moira in the premiere [is great].

Is there anyone that you’re hoping to see coming back that we haven’t heard about yet?

Are you allowed to say who? 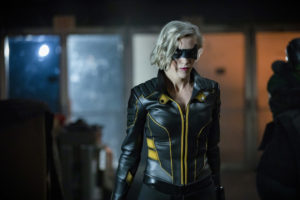 What role does Laurel play this year, because we haven’t heard a lot about her yet?

She’s on the team. She’s on with me and Diggle, and she’s part of it. It’s really awesome. I don’t believe that Katie is in Episode 3 because she’s directing, and that was a fair compromise in my opinion, but she’s terrific in Episodes 1 and 2.

At Comic Con, you mentioned you had somebody in mind that you thought would be great for Batman. Is it somebody that you’re related to?

No, Please lead your article with the fact that Robbie is not capable or ready to play Batman. 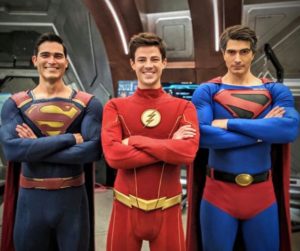 Are you hoping to get to share scenes with Kevin Conroy?

Yes. And Brandon [Routh] as Superman.

How many Supermen do you think Green Arrow can handle at one time?

Are you able to say if we will possibly see Helena (the Huntress) again before the series is over?

We’ve tried to get her so many times. From what I know right now, straight up? I don’t think so.

Is there a different mood on set with the finish line being visible?

Yeah. Almost everyone came back. Every show… Batwoman, Flash, Legends, Riverdale… they all tried to pillage our crew. God bless ’em. Good for them. And our crew turned down 22 episode commitments to come back and do 10 episodes on our show. I could never, never, ever be paid a greater compliment.

Every day on set is like “almost done.” You know what I mean? There are bunch of times like with a with a couple of characters in Episode 1, and someone who’s in Episode 2, and probably somewhere in Episode 3, when they’re doing an episode wrap on someone, but it’s a series wrap. Those moments are happening all the time.

What has it been cathartic for you to be doing online videos at the end of every episode wrap?

Yeah. I mean, all you need to know about my emotional state is that I hugged a stuffed animal in the second video. 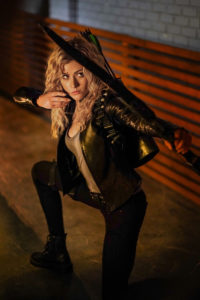 Now that you’re a DC icon, how does it feel that someday someone’s going to be like, “hey, let’s get him as Green Arrow’s dad?”

Well, I have to say yes, right? I’m more interested in who is going to play Green Arrow next. I’m excited for that.

When all is said and done, will there be a possibility we could ever see your Oliver Queen again?

Yeah. I want to say no, really bad. But what am I going to do if Grant [Gustin] calls me up and is like “Hey, man, the Flash is wrapping up, and Greg wants to end the show with Barry and Oliver sitting in a bar, having a drink in heaven?”

With that being said, I believe in clean breaks. I really do.