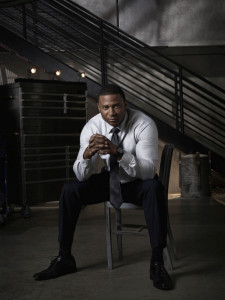 As a character, John Diggle has become so popular that he’s now appearing in DC’s Green Arrow comic books. A big part of the reason for that is the performance of David Ramsey, the talented actor who has brought Diggle to life both as a friend and an ally to Oliver Queen in Arrow.

Tonight’s new episode of Arrow, airing at 8PM (ET) on The CW, is called “Keep Your Enemies Closer,” and it’s a huge Diggle episode. We get to learn more about the mysterious A.R.G.U.S. organization, Deadshot returns, Amanda Waller is introduced, and there are other elements that we surely haven’t even seen teased yet. Here’s a trailer to bring you up to speed:

We spoke with Mr. Ramsey about Diggle’s character arc and worked to get some intel about tonight’s episode and a few things that are happening in the future. Be warned, spoilers will be discussed within. Our questions to David Ramsey are in bold; his answers are not. 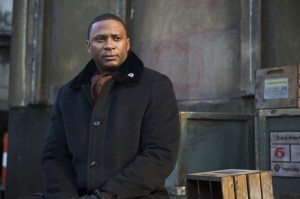 GREENARROWTV’s CRAIG BYRNE: Congratulations on your big episode this week.

DAVID RAMSEY: I’m excited about it. I haven’t seen it yet, so I’m sitting, biting my nails like you guys.

In the episode trailer, Diggle mentions an ex-wife. Can you tease anything about that?

Yes. He does mention an ex-wife, and you will have the answer for that tonight. A lot of those answers, in terms of his past and why he’s compelled to do what he’s doing, are answered tonight. 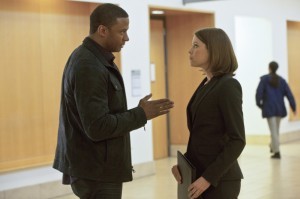 This might have a connection to the previous question: What is Diggle’s relationship like with Lyla Michaels? 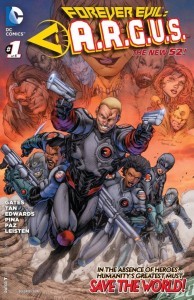 What kind of relationship does Diggle have with the A.R.G.U.S. organization at this point?

At this point, he knows exactly who A.R.G.U.S. is.

A.R.G.U.S. has kind of served as S.H.I.E.L.D. does in the Marvel Universe; the know-all, see-all, and that’s kind of where we see that tonight. A.R.G.U.S. is the eye in the sky. As a person who has been deep in recon and deep in special ops, he has had some run-ins with A.R.G.U.S.. But up until tonight, it’s always been pretty positive. But A.R.G.U.S. will intrude in a major way in Diggle’s life, tonight.

There have been a lot of times this season where Diggle has been seen backing up the Arrow in very public places. Won’t anybody recognize that Oliver Queen’s driver is hanging around? Is there any chance he might be getting a mask or a code name at some point? 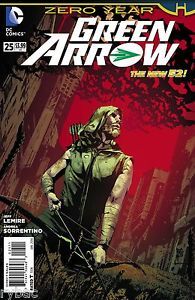 Last week, a new issue of the Green Arrow comic book came out which had the first comic book appearances of John Diggle and Moira Queen. What was it like to see that?

I’ve talked about this with other folks when this first happened: It felt like it wasn’t even real. To know that you are a part of the reason why something now became “forever” in another long-form, now in comic books… to build a character where the reason why it happened had a great deal to do with what was written and how it was performed, is just incredibly flattering. I’m incredibly grateful for it. But it also speaks to the fans. It was really because of the fans. I take the words and I do what I do with them, but it really has resonated with the fans, and I couldn’t have ever said the words, were they not written. So I’m really lucky, more than anything else, to just be a part of it. 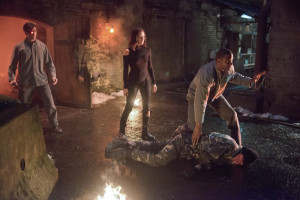 If Deadshot ends up being taken care of at some point, could Diggle finally have a chance to reconnect with Carly?

That’s a good question. What does that do? Because Diggle did say in one of the previous episodes that he couldn’t reconcile his hatred for Deadshot and his love for Carly. That’s a very big part of why he broke up with her, and why he’s still on a bloodthirst for Deadshot. So would that mean, by process of elimination, he could now go back to his relationship with Carly? I don’t know. I think ultimately that’s a very large part, and probably at the front part of why he can’t be with Carly, but I think the reason why he can’t be with Carly even goes deeper than that. It obviously has to do with the loss of his brother as well. 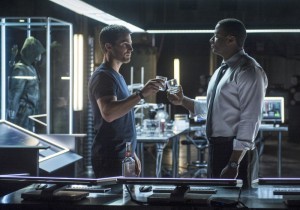 The fact is that he’s still grieving his brother, as is Carly… so I think even though he only revealed that part, I think what we saw in that episode was that he revealed this part of himself, but like Oliver, and like he does tonight, there are parts of Diggle that he holds secret as well. There are a lot of secrets between these men. I think that that’s part of what’s great about this episode, and this arc, this season, is that piece by piece is revealed about each of these men that makes this “bromance” between these two guys unlike any other relationship that Oliver Queen has on the show. 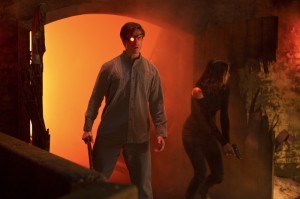 Can you talk about the interaction between Diggle and Floyd Lawton (Deadshot) on tonight’s episode?

I’ll tell you this: You will see Floyd Lawton in Russia, and there will be a problem.

One of the best moments for Diggle last season was finally getting to see his apartment. Are we ever going to revisit that?

Actors always get excited when we walk into a set and we see “oh, there’s an apartment for me, or there’s a house for me,” because you know it took money to build that. And once they make the investment to build an apartment or a large space, they usually re-use it. So, you always get excited once you already have a big space for yourself. Hopefully we will be revisiting Diggle’s charming little space in the Glades.

On December 4 and 11, the character of Barry Allen (The Flash) will be coming on to the show. What kind of interaction will Diggle have with him?

We play on that in those two episodes. That’s a big part of the storyline — what Diggle does with how he feels about Barry Allen; the big reveal. 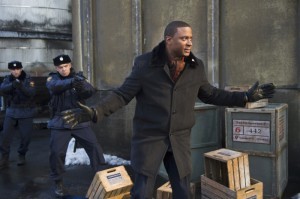 In your opinion, why should people tune in tonight?

This is the first time that we leave locales [beyond the island]. We leave Starling City for the first time. I think production value-wise, that adds something to the show that we haven’t seen before. We actually see another location, and we have a storyline within that location. The production value is one reason.

The other reason, is that I think Team Arrow bonds in a way we haven’t seen them bond before. We find out more about these two men and this team that we haven’t seen. We find out some things about Isabel Rochev that we had not known. So I think there are some reveals in this, in terms of the relationships: They aren’t “who is Black Canary” reveals or “who is the Dark Archer” reveals, but they are ways in which we get the inner workings of the relationships, and we get to see these three bond in ways we haven’t seen before.

Don’t miss the new episode of Arrow, “Keep Your Enemies Closer,” tonight at 8PM (ET) on The CW! You can find some preview images here and if you’d like to join the countdown on our Arrow forum, we’d love to have you! Our thanks to David Ramsey for taking the time to do this interview.