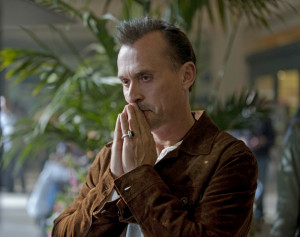 TV Line‘s Matt Mitovich has revealed that another TV fan favorite has landed an Arrow role, as Robert Knepper will be playing William Tockman, the “Clock King,” in the 14th episode of Arrow Season 2.

Mitovich notes that the Clock King “earned his nickname being a brilliant criminal who plans his crimes with the utmost precision, down to the second.”

Knepper is best known for his roles on Prison Break, Heroes, and the recent CW series Cult.

You can read TV Line’s report that broke this news here.