A highlight of tonight’s Arrow finale on The CW is seeing how the returned Felicity (Emily Bett Rickards) might respond to meeting the grown-up version of her daughter Mia (Katherine McNamara), and without revealing too much — she has been known to be the “spoiler police,” after all — Executive Producer Beth Schwartz did talk about their interaction a little bit at a Q&A hosted yesterday by The CW.

“There’s there’s a lot of wish fulfillment, you know, for a few reasons,” Beth says. “One for being a parent… and I’m a new parent… seeing your child as their adult self is really crazy and also amazing when you’re proud of who she who she became as a woman and is also honoring her father’s legacy. It was not obviously under great circumstances because they’re at Oliver’s funeral, but I think it was a very meaningful moment in their lives.”

The Arrow series finale airs TONIGHT on The CW. Spoilery preview images can be found below. 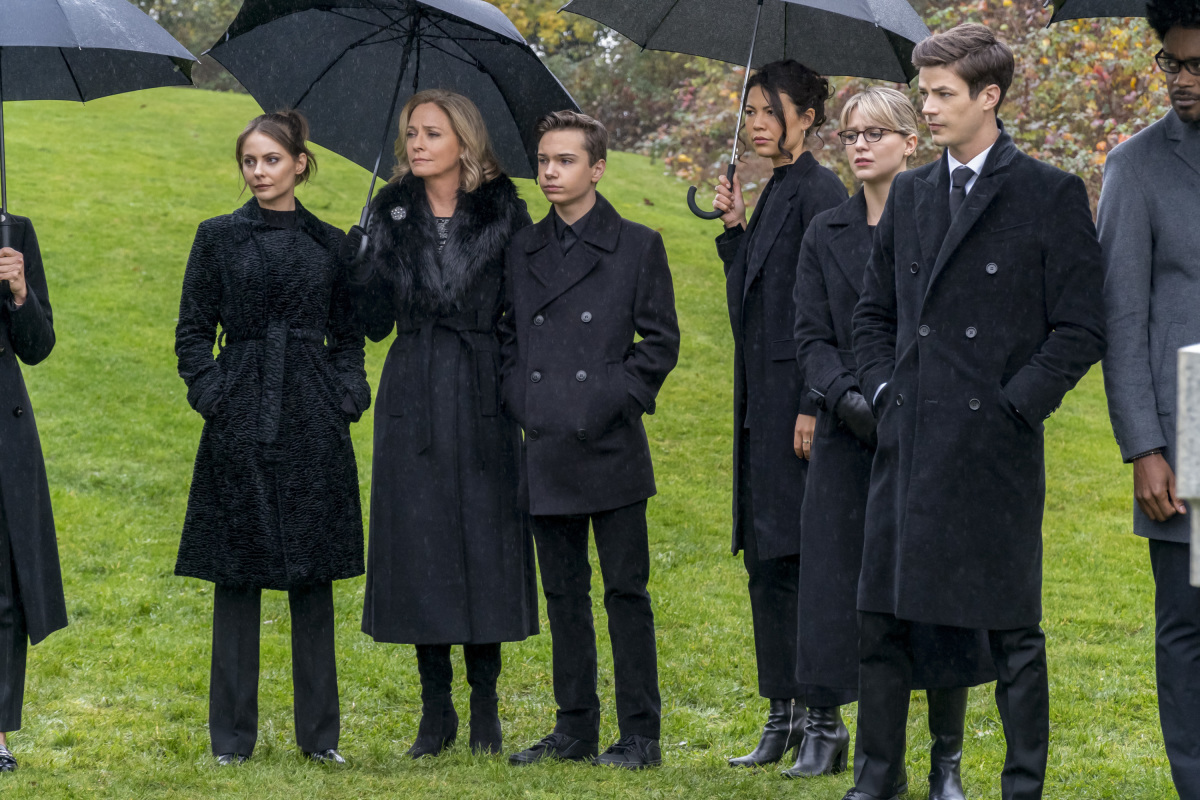