The next new episode of Arrow hits the air on March 15, and The CW has released some photos from that return episode which is called “Checkmate.” In addition to a very warmly dressed Stephen Amell as Oliver, there are some photos of Emily Bett Rickards as Felicity Smoak and Kacey Rohl as Alena. Here’s how the network describes it; the photos follow below.

OLIVER SEEKS THE TRUTH — Oliver (Stephen Amell) gets closer to the truth about Prometheus. Meanwhile, Helix refuses to continue helping Felicity (Emily Bett Rickards) until she does a favor for them. Ken Shane directed the episode written by Beth Schwartz & Sarah Tarkoff (#516). Original airdate 3/15/2017. 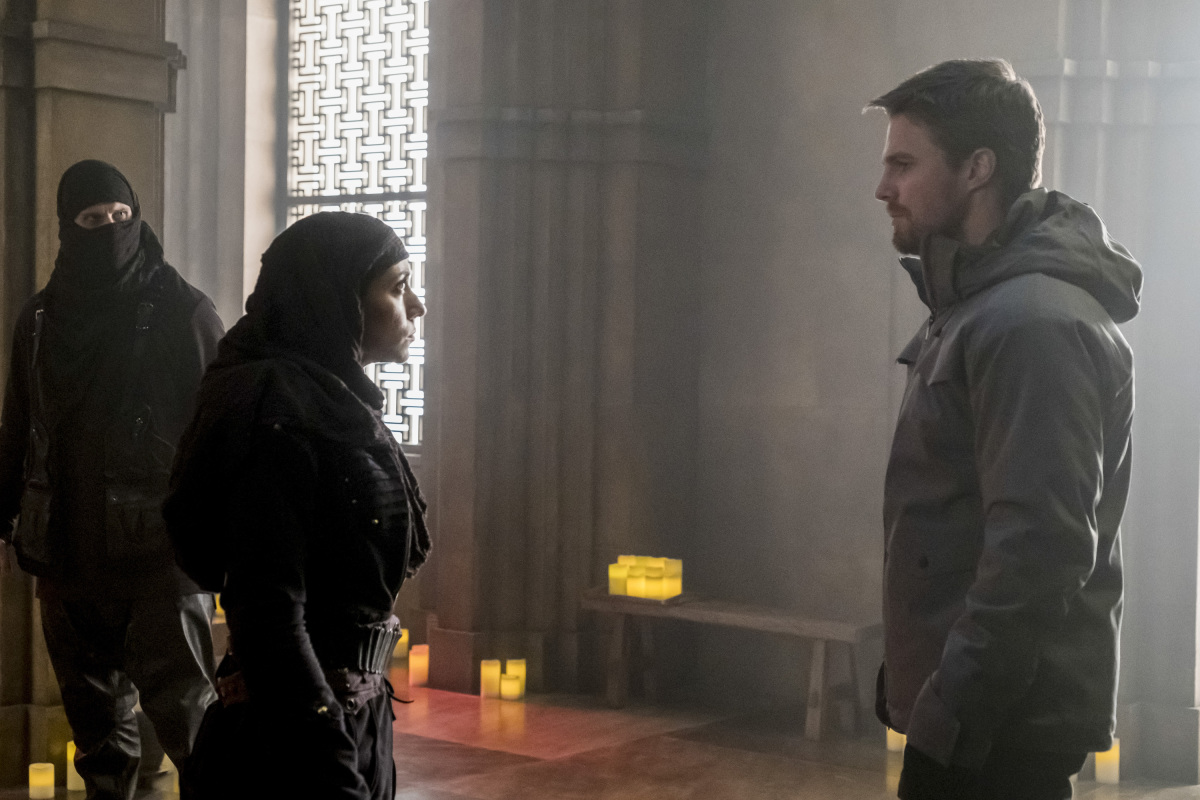