The CW has released some photos from the fourth episode of Arrow Season 8 which appears to be a tribute to Seasons 5 & 6 as we see “New Team Arrow” with Oliver, Diggle and Laurel in “Present Tense.” Oh, and Echo Kellum is back as Curtis!

Here’s how The CW describes the episode; the photos follow below. Look for the episode on November 5.

ECHO KELLUM GUEST STARS — When a mysterious new Deathstroke appears in Star City, Oliver (Stephen Amell) and Team Arrow insist on taking down this villain themselves. Meanwhile reeling from the loss of one of their own, the future Team Arrow figures out a new way to try and stop JJ. Kristin Windell directed the episode written by Oscar Balderrama & Jeane Wong (#804). Original airdate 11/5/2019.

UPDATE: Just in time for the episode, we have some new photos! 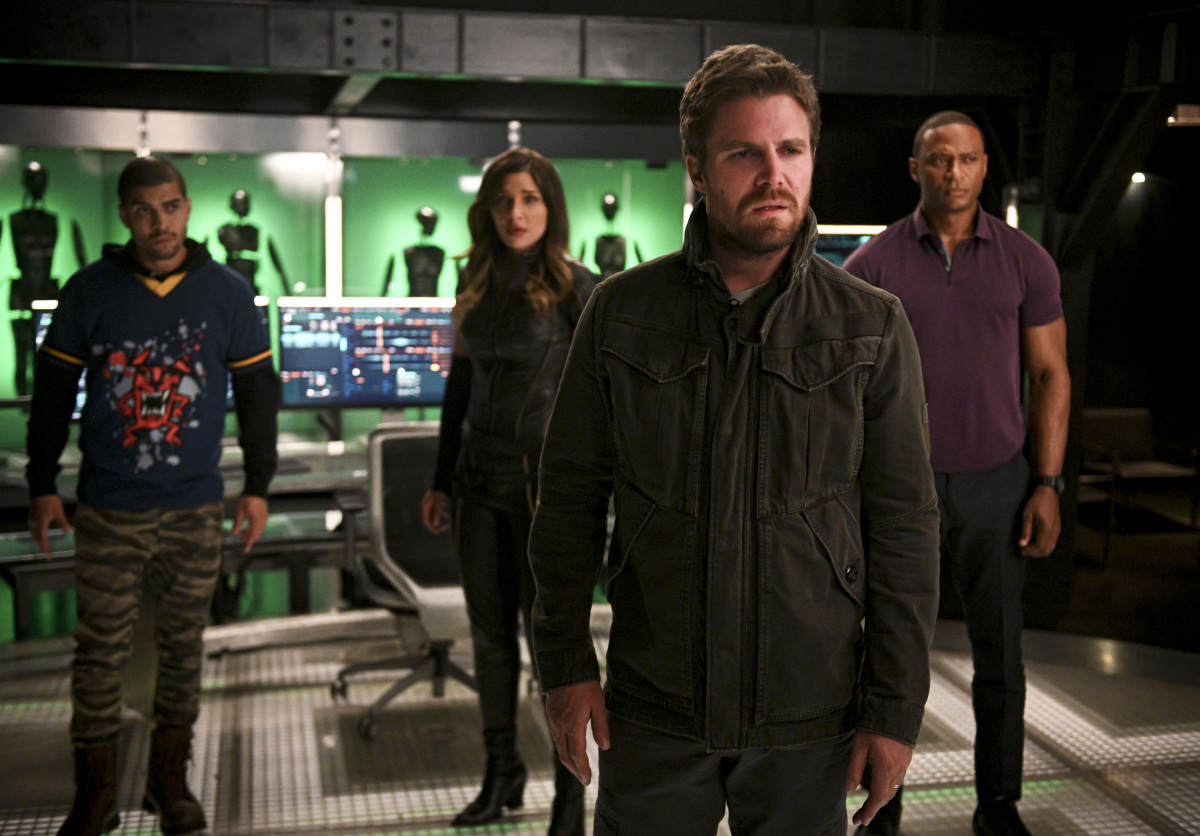