Happy 100, Arrow! Hard to believe we’re working on five years into the series already and hitting this milestone. And a big milestone it is.

Now, we have the second series to reach 100 hour-long episodes and it shows no signs of stopping soon.

(Note: The Adventures of Superman with George Reeves and Batman with Adam West had 104 and 120 episodes, respectively. They were half-hour series, though.)

To celebrate Arrow‘s achievement, we take a look at the best episodes of the series over its first four-plus years. No ranking; we’ll save that for the future. For now, these are the best of each season. 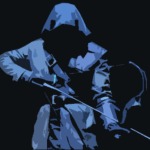 The Dark Archer arrives! The alter ego of businessman Malcolm Merlyn, father of Oliver’s best friend Tommy, is introduced as a meaner, deadlier version of Oliver’s Hood, brutally killing targets Oliver had already taken down from his father’s list. He puts a hurt on Oliver that the young man hadn’t expected or anticipated since he came back to Starling City. Oliver tries to get his family back into Christmas after mother Moira and younger sister Thea had stopped celebrating following Robert’s and Oliver’s disappearances. And stepfather Walter Steele goes missing after he and Queen Industries IT tech Felicity Smoak dig into Moira’s suspicious dealings with Merlyn’s clandestine group. 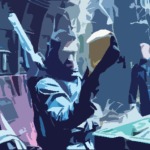 The first time the series played with the flashback format that had been a staple since the pilot was a brilliant success. Oliver had convinced Slade Wilson back on Lian Yu that he could be of help to Wilson’s plan to escape the island by taking over the airfield. The former ASIS soldier spends the episode attempting to train the in-over-his-head playboy, as the past takes the primary story. In the present, Felicity is permanently brought into the fold as she and Oliver’s partner in vigilantism John Diggle struggle to keep Oliver alive after the Hood is shot by Moira while trying to scare the truth out of her at her office. 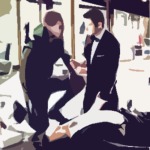 An emotional gem of an episode where Tommy learns the truth about Oliver and the Hood. He’s crushed by what he sees as betrayal and scared of the man his best friend has become. Malcolm is targeted for murder by the Chinese Triad, who hire Deadshot — previously believed killed and exposed to Diggle to be the man who had supposedly killed his brother — to do the deed. Malcolm reveals some of his ability and ruthlessness to his son, as well as the first reference to his past in the mysterious land of Nanda Parbat. It also features the first appearance of Laurel and Sara Lance’s mother, Dinah. 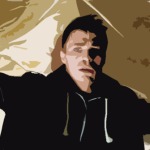 A vigilante named the “Savior,” inspired by Oliver’s actions, has been taking out criminals in the Glades to avenge the death of his wife. Roy Harper, a street thief trying to do right by the people in his community, is his next target and Oliver races to save him. Felicity learns a hard lesson about the stakes of the business they are in when an ADA is killed while Felicity misguides Oliver’s pursuit. Dinah’s belief that Sara is alive is crushed when Laurel discovers that a picture of a woman in Asia Dinah believed to be Sara taken after daughter’s disappearance turns out to be someone else. And Malcolm gets wind of Moira’s attempts to thwart their covert group by offing the other member she turned to. In the past, Oliver and Slade are captured with Oliver’s original mentor Yao Fei and his daughter Shado. The three manage to escape but are forced to leave Yao behind. 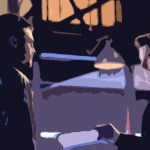 It’s less the plot and more the interactions between the characters that shines here. The drug Vertigo dealer that Oliver busted earlier in the year, the Count, seems to have escaped the asylum he was sent to and back to dealing a stronger version on the streets. Oliver discovers it’s actually the asylum doctor who is behind the new drug sweep. When a girl dies at their nightclub Vertigo, Detective Quentin Lance nearly stumbles upon the Arrowcave while investigating Tommy. When Oliver pays off an investigator looking into Tommy, their already tenuous friendship breaks and Tommy goes to work for his dad. Diggle strikes out on his own to track down Deadshot when Oliver seems to be dragging is feet. And in the past, Shado begins to train Oliver in martial arts and archery, creating a weird yet fun dynamic between them and Slade. 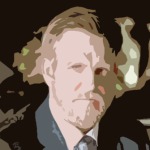 A superb action sequence where Oliver parachutes into a Bludhaven tenement and battles through a hall to rescue the kidnapped Walter caps off an episode of strong revelations. Malcolm’s Tempest group is introduced in the past, with him asking Robert Queen to be a part of it and Moira ironically trying to convince her husband not to be. The plans for the Undertaking, the devastating tragedy the group would set for the Glades, are brought to light, as well as Malcolm’s motivation: his wife’s senseless murder in the Glades. Robert’s fateful trip on the Queen’s Gambit is a plot to get to China to get the means to buy the Glades to save it from Malcolm’s plan. Oliver and Sara being on the boat was a way for Oliver to run from the long-term plans then-girlfriend Laurel had for them. In the present, Oliver learns the deep truth about the connections between Moira and Malcolm that helps to set up the season finale. 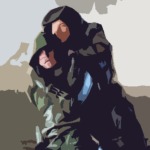 The season finale, and the episode fans voted as their fave of Season 1 back in the 2013 GreenArrowTV Awards. As Oliver and Malcolm fought to what seemed like it could be the death on rooftops, Felicity and Quentin believe they’ve taken out the device that would cause a crippling earthquake in the Glades. Yet, the Tempest group had a redundant device just in case and they carry through with their devastating plans, all but leveling the section of the city in stunning fashion. This was Arrow declaring it meant business. In the destruction, Tommy goes to the CNRI law office to try to get Laurel to safety but the building collapses on him. Oliver arrives, thinking Laurel was trapped in the collapse but finds Tommy, who dies before his lifelong friend’s eyes.