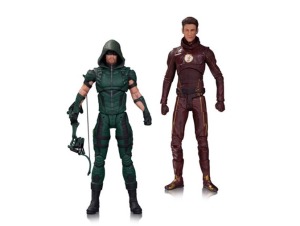 William can soon have an action figure of his dad’s current look.

Here’s how they describe it:

The Arrow and the Flash make a great team, even as action figures! This Flash and Arrow TV Action Figure 2-Pack features the vigilantes of Star City and Central City. Standing about 6-inches tall, theses heroes are a must have for any fan of the Arrow or The Flash TV shows!

The 2-pack is due in November but you can pre-order yours NOW!