After “Three Ghosts,” When Does Arrow Come Back? 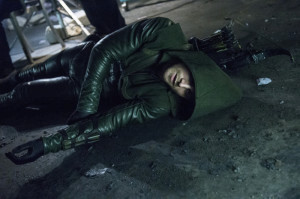 “Three Ghosts” is the midseason finale episode of Arrow scheduled to air this Wednesday, December 11. After that, the show will be replaced by holiday specials and repeats for a few weeks.

But when do we have new episodes again?

According to The Futon Critic, the first new episode of Arrow for 2014, “Blast Radius,” will air on January 15, 2014. Mark your calendars, and if you want some spoilers for upcoming episodes, visit our Arrow Spoilers Page!