2018 GreenArrowTV Awards: The Results Are In! 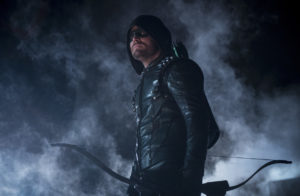 No one does action like James Bamford who is becoming one of Arrow’s most prolific directors, especially for the “big” episodes, and this season was no exception, directing the premiere, the finale, the crossover episode, and “Divided.” Bamford has been with the series from the beginning and it is clear he knows how to bring the best out of the Arrow cast and crew. He won this category with 48% of the vote.