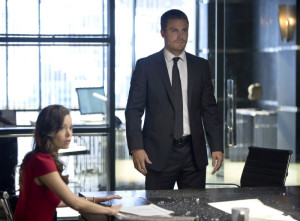 Writing for Arrow is a bit of a team effort, with a concentrated writing staff with strong leadership that, in the perfect scenario, creates 23 episodes that run seamlessly into one good narrative.

Individual writers or writing teams are credited with certain episodes, though, as they are the ones to bring the individual scripts to life… and now it’s time to pick your favorite writers for Arrow Season 2!

Episodes listed by the names are ones that they had credited involvement with. The results of this year’s GreenArrowTV Awards will be posted here on the site later this summer!