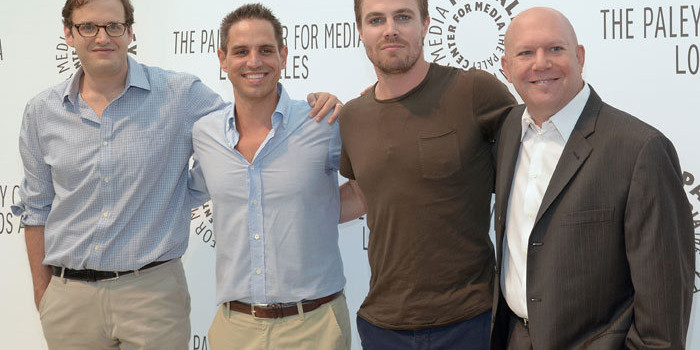 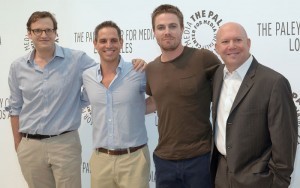 The Paley Center for Media recently hosted their Fall 2012 TV Preview Parties, and during that time, they had a special Q&A session with Arrow series lead Stephen Amell and executive producers Greg Berlanti, Marc Guggenheim, and Andrew Kreisberg. You can see photos from the event here.

Before the Q&A, though, GATV’s Craig Byrne was able to talk with the talent as they came in… and during that time, again, we were able to talk with Stephen about how things are going with the show. For starters, since we last spoke, a few very sexy females, including the Huntress (Jessica de Guow), have been announced as appearing on the show. How will Laurel react to these characters, considering that Katie Cassidy’s character is the assumed female love interest on the show?

The other major thing that has changed since we last spoke with Stephen is that more episodes have been filmed. Has anything changed by the time we talked? “I feel like Episode 5, Episode 6, there’s a little bit of a reset,” he teases. “It’s ramp, ramp, ramp, ramp, ramp, and then 5 and 6 just feels like – it certainly doesn’t pull back, it’s not less action packed; but what you’re seeing, is you’re seeing a lot of the other cast members. They’re becoming more involved, as they push closer to me. I remain the straw that stirs the drink, but as they get a little bit closer, they become more involved, which is really fun for me, because our cast is super talented.”