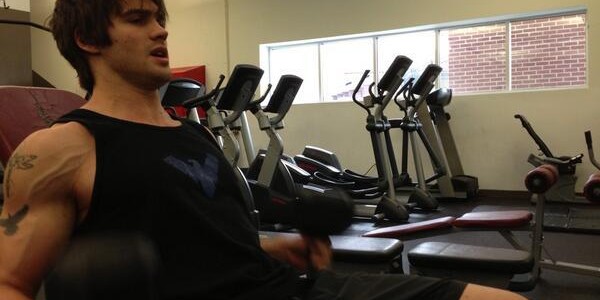 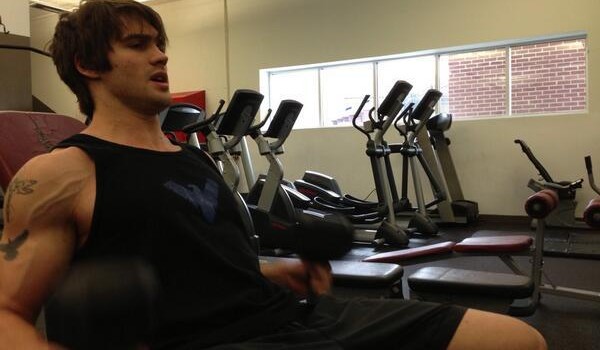 Vampire Diaries actor Steven R. McQueen made what may have been an innocent Tweet or two this weekend that got many, including folks at outlets like ComicBook.com, excited.

Perhaps coincidentally not too long after the announcement on TheWrap that Nightwing (the original Robin) might be in the upcoming Batman vs. Superman film, McQueen Tweeted a photo of himself working out. He captioned it “Nightwing training” and brought the @-attention to Arrow’s writers, Arrow executive producer Greg Berlanti, Nightwing comic book writer Kyle Higgins, and Arrow casting director David Rapaport. You can see that below:

Our own opinion – with no backup from the studio, the network, or official commentary from any of them – is that McQueen was playing around with this Tweet. Note he’s wearing a Nightwing shirt in this photo, and one of the folks he included in the Tweet was the writer of the comic book. It’s possible that McQueen is just a big fan of the character… how many other actors do you know who personally address comic book writers like that?

But then there’s this:

Had some superhero conversations with the executives this weekend @ARROWwriters

Again, an easy explanation. Some of the Arrow writers, McQueen has worked with before. One of his first big roles was on Greg Berlanti’s Everwood. Maybe they were just hanging out. The Vampire Diaries 100th episode party was that weekend. Maybe he expressed his interest to the CW execs in attendance, that he’d like to play a superhero, and he wanted to tell the @ARROWwriters that he informed the higher-ups that he is interested?

All in all, Steven McQueen as Nightwing would be a match made in comic book (and TV PR) heaven. A star from one of The CW’s biggest shows playing one of DC’s best characters. Heck, I’d watch a Nightwing TV series in an instant if it was McQueen playing the role. (That guy rumored for Batman vs. Superman, not so much.) So… even if all of this was an example of an actor just playing around, maybe it got some gears rolling somewhere, because Steven McQueen would be pretty darned perfect for the role…. and not just that: Nightwing on Arrow would be amazing. At this point, though, we don’t even know that the character is even available for the Arrow folks to use, being that he’s in the Batman family of characters. Then again, so are the Huntress, Firefly, and Ra’s al Ghul… and one could argue that Nightwing is a New Teen Titans character, having first appeared in the same series that introduced Slade Wilson. Hmm.