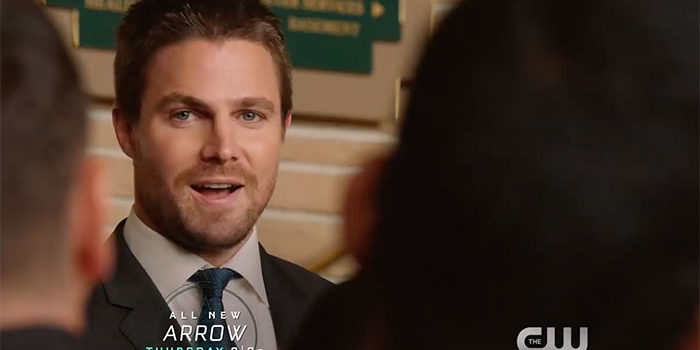 The CW Reveals This Week’s Big Name Drop From Arrow 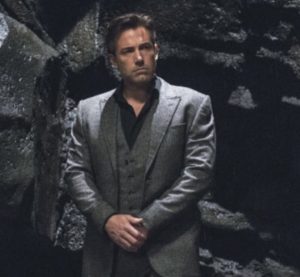 When journalists were allowed to watch this week’s new episode of Arrow, titled “Tribute,” we were sworn to secrecy about the “big name drop” that had been teased for the episode. It was meant to be a surprise, but for some reason, that big name drop ended up in the preview clip released by the network this morning.

“Photos could be doctored. They could have put Bruce Wayne’s head on that body,” Oliver Queen tells reporters while denying that he, the mayor, is also the Green Arrow. The line is followed by a reference to Gotham City.

While Wayne Enterprises has been hinted on The Flash, and there was once a reference to the name Oracle being taken, this is the first extremely solid evidence that Bruce Wayne is out there somewhere in the Arrowverse.

You can see the clip below, assuming that someone at The CW doesn’t remove it, in which case we will also remove the article so as to maintain the surprise.

“Tribute” airs this Thursday, October 19 on The CW.

Mayor by day. Hero by night. Stream the #Arrow premiere before tomorrow's new episode on The CW: https://t.co/zCi32rKGdv pic.twitter.com/2cEQUQbTFk