Marc Guggenheim teased some Crisis on Infinite Earths news that was years in the making would be happening, and now we know what it is: Lyla Michaels will be appearing in the crossover as Harbinger!

The character of Lyla Michaels was first brought on to Arrow in Season 1, and in a similar way to Felicity Smoak earlier that season, the name was meant to be an obscure/throwaway reference to a character from the comic books that most might not know.

Lyla’s importance grew over the seasons, as the actress Audrey Marie Anderson was continually brought back as the character, to eventually lead ARGUS and marry John Diggle. The two of them even had a child, a daughter son. (Dammit, Barry!)

And now with Crisis on Infinite Earths on the way, Lyla Michaels also known as Harbinger is returning to her comic book roots. And yes, there will be a costume, as Harbinger wore one in the Crisis comics. Here’s a look, courtesy of ComicBook who was first to post this news: 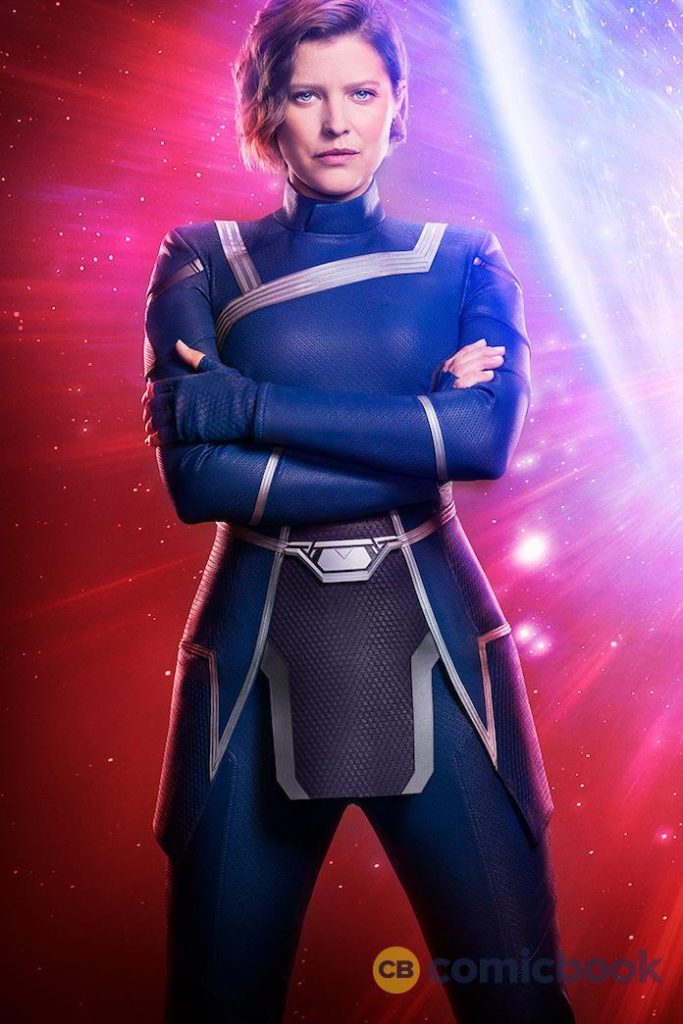 “Lyla Michaels as Harbinger is a key component of the original Crisis on Infinite Earths that we were determined to honor in our crossover,” executive producer Marc Guggenheim told ComicBook. “What makes this particularly satisfying for us is that we introduced Lyla Michaels and her Harbinger codename all the way back in Arrow Season 1.”

Crisis on Infinite Earths begins in December on The CW.