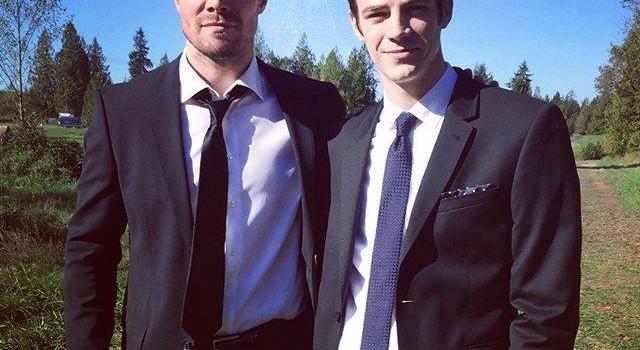 One single line is the only clue outside of the picture itself: “Game changing scenes are fun.” 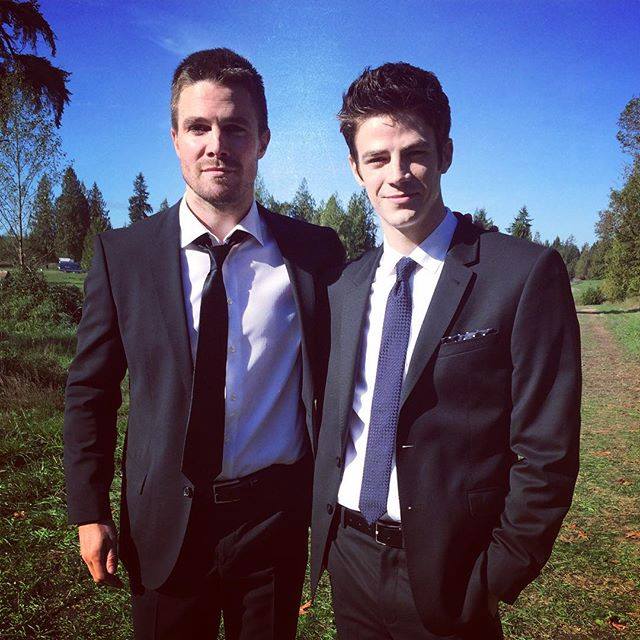 Arrow star Stephen Amell posted the above picture to his Facebook account earlier today, teasing a guest appearance by The Flash‘s Grant Gustin in a currently filming Season 4 episode. With yesterday’s reveal of the title and credits to episode 407 “Brotherhood,” it seems likely this will be the season’s big crossover episode with its sister Central City series.

But what exactly is going on here? Oliver and Barry are both in dark suits outdoors in a wooded, lawned area. Could it be … a funeral?