The 35th issue of DC Comics’ Green Arrow hits comic book shops tomorrow, and the issue is notable to fans of the TV show Arrow as the book’s two writers – Andrew Kreisberg and Ben Sokolowski – also are heavily involved with the TV series.

But, interestingly, the artwork solicited for Green Arrow #35 that we assumed was the cover is apparently not, as CBR has included the cover below with their preview: 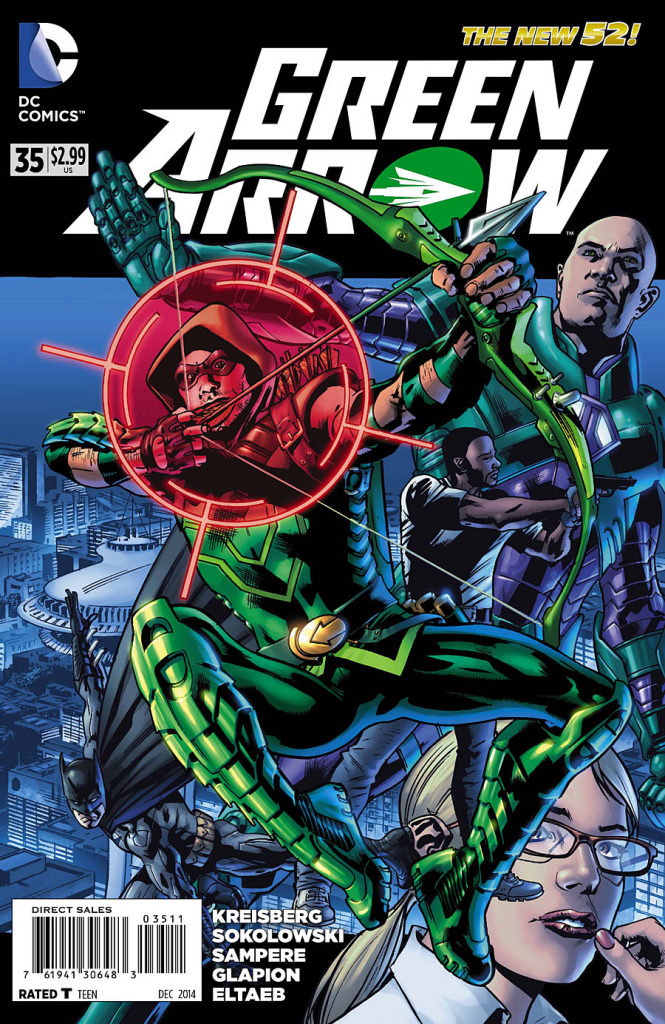 What’s most awesome about that cover?

Look to the bottom right.

Making things even better, John Diggle is also featured on the cover. And Lex Luthor and Batman.