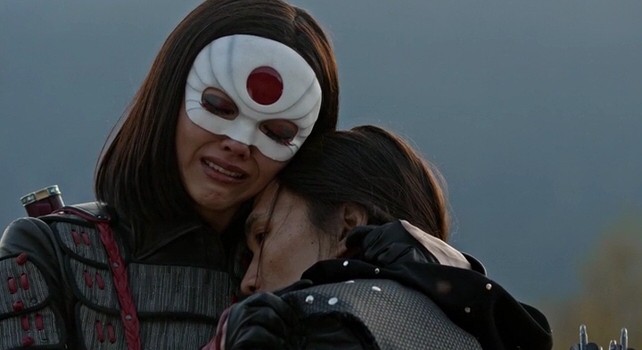 The speculation is correct – The character of Tatsu Yamashiro (Katana) as played by Rila Fukushima will indeed be in the second episode of Arrow Season 8 which is called “Welcome To Hong Kong.”

“I think Tatsu being in Episode Two was awesome,” Stephen Amell dropped in our interview at the recent Television Critics Association press tour, giving away the big surprise.

Tatsu is another of many familiar faces returning for Arrow’s eighth and final season which will premiere Tuesday, October 15 on The CW. Arrow is moving to Tuesdays for its final year where it will be airing after The Flash.