The CW has released some official preview images to promote the November 12 episode of Arrow which is called “The Demon.”

Stephen Amell (Oliver) is in a lot of these photos; you can also find Emily Bett Rickards (Felicity), Josh Blacker (Magee), and John DeSantis as “Reaper Tattoo.” Oh yeah, and there are also Canaries — “Black Siren” Laurel and current “Black Canary” Dinah, as played by Katie Cassidy and Juliana Harkavy, respectively — in this gallery! 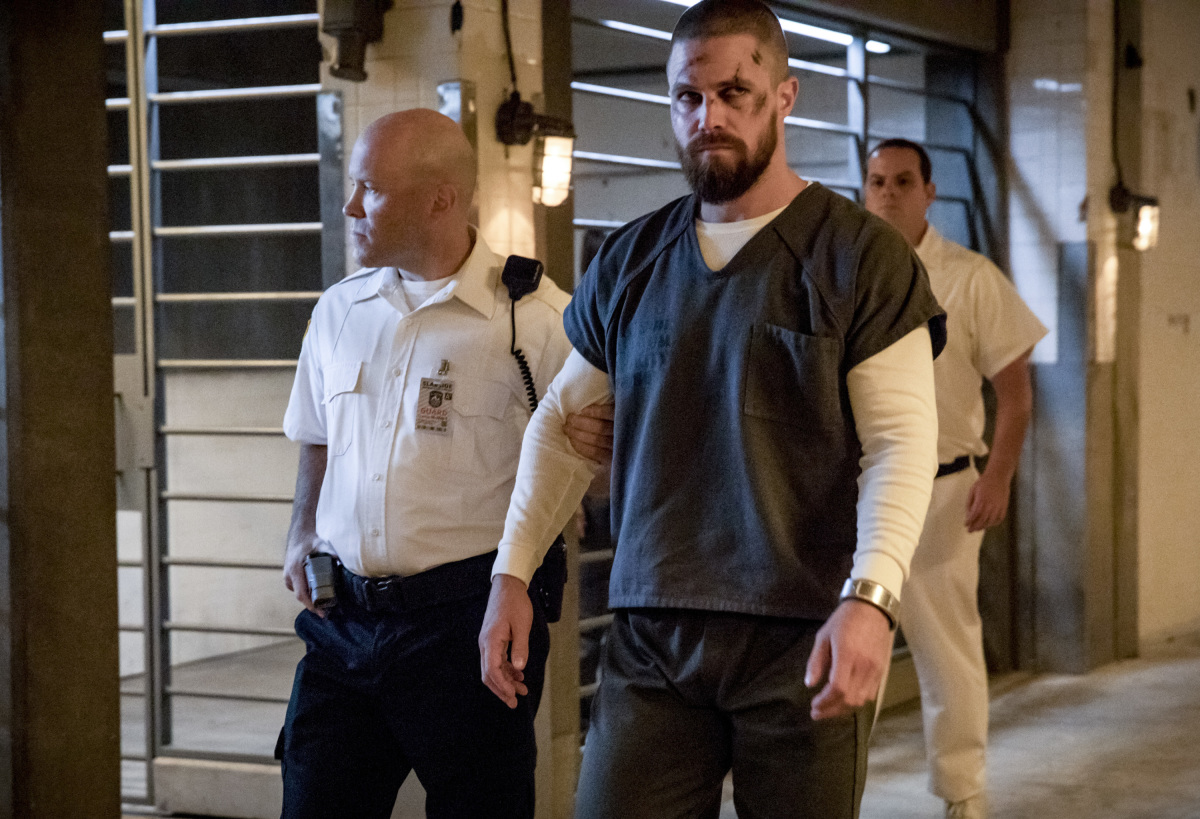