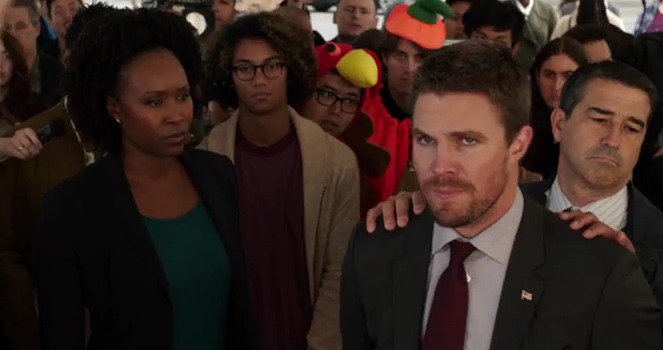 Tonight after the airing of “Promises Kept” The CW showed a trailer for the November 23 episode of Arrow which is called “Thanksgiving.”

Here’s how the network describes the episode; obviously from the trailer we now know that there’s a lot more going on within.

Come talk about “Promises Kept” on our Arrow forum!