The CW has released some official preview images for the November 23 episode of Arrow, and yes, we do get that “Olicity Thanksgiving” in at least a few photos, but we also have the menace of the Black Siren (Katie Cassidy) and Cayden James (Michael Emerson)!

There are also some nice shots of Team Arrow, and in “possibly huge spoiler” territory, someone is wearing the suit of the Green Arrow… and it’s not John Diggle.

The episode is called “Thanksgiving” and here’s how The CW describes it: 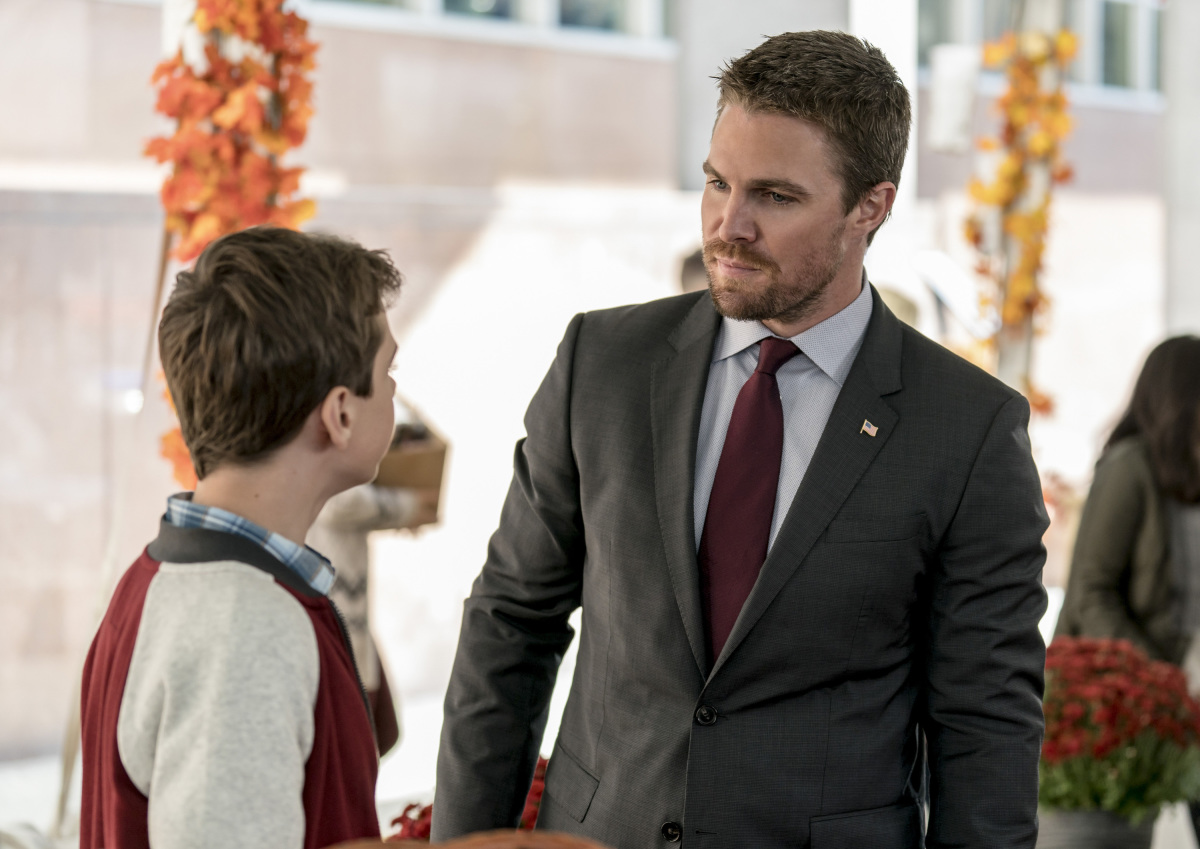