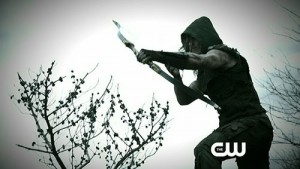 If you followed our Smallville website, KryptonSite, you might remember the dedicated spoilers page detailing what is known or rumored for upcoming episodes. (Now, KryptonSite has a Supergirl Spoilers Page.)

Now, it’s time for an Arrow spoilers page on GreenArrowTV! The purpose of this page is to collect known spoilers for the Arrow television series airing in the United States on The CW, but keep in mind that plans and details sometimes change. GreenArrowTV never intends to ruin the show by having a spoilers page. When new spoilers are known, we’ll try to update this site as often as possible. Please do not reproduce spoilers and content from GreenArrowTV; instead, just place a link to the site.

See some spoilers for other shows! We will have more set up soon! Krypton – The Flash – DC’s Legends of Tomorrow 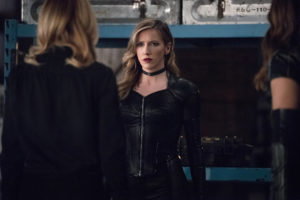 See a gallery of promotional photos from this episode!

The CW’s Official Description: BIRDS OF PREY; CAITY LOTZ GUEST STARS — After being accused of murder and having her criminal past exposed, Laurel (Katie Cassidy Rodgers) goes full Black Siren and teams up with an old criminal acquaintance, Shadow Thief (guest star Carmel Amit), to go on a crime spree around Star City. While Dinah (Juliana Harkavy) aims to bring Laurel in, Felicity (Emily Bett Rickards) refuses to give up on her friend and tries everything to get through to her, even summoning Sara Lance (guest star Caity Lotz) for help. However, Laurel rebuffs all her efforts, forcing the former friends to face off against each other. Kristin Windell directed the episode written by Jill Blankenship & Elisa Delson (#718). Original airdate 4/15/2019.

– Per Canadagraphs, the Season 7 finale is called “You Have Saved This City.”
– Portions of the season finale were shot at the cabin where we saw Mia being born in “Star City 2040.”
– It is rumored but not confirmed that LaMonica Garrett from the Elseworlds crossover event was seen filming.

– Season 8 of Arrow will be the series’ last.

Return to GreenArrowTV home – Come talk Arrow on our forum!