The CW has released an official description for the October 15 season premiere of Arrow.

The episode is called “Inmate 4587” and it actually has some more spoilers than we were expecting!

LOCKED UP — Following Oliver’s (Stephen Amell) shocking decision to turn himself over to the FBI and reveal his identity as the Green Arrow to the public, Oliver has spent the past five months in Slabside Maximum Security Prison. Determined to keep a low profile to shorten his sentence for the sake of his family, Oliver is tested when he runs into old foes. Meanwhile, Diggle (David Ramsey) and Dinah (Juliana Harkavy) have taken on new jobs and left their costumes behind but not everyone is following suit. With her focus on William (guest star Jack Moore), Felicity (Emily Bett Rickards) tries to start over but when someone from her past resurfaces, things become complicated. James Bamford directed the episode written by Beth Schwartz & Oscar Balderrama (701). Original airdate 10/15/2018

You can find the description below; official photos can also be found in this post. 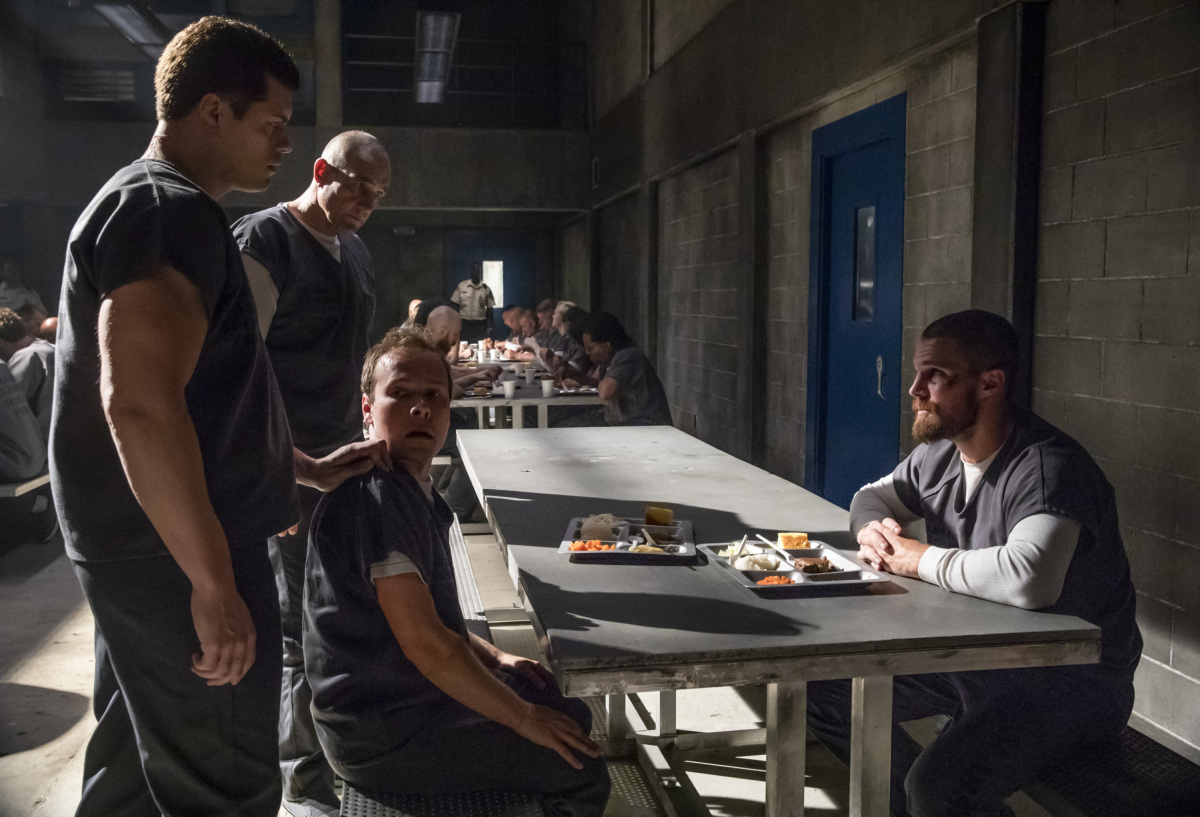