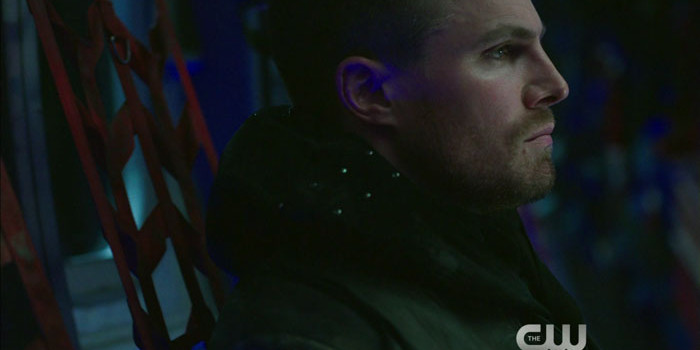 Arrow Season Finale: Screencaps From A “My Name Is Oliver Queen” Preview Clip 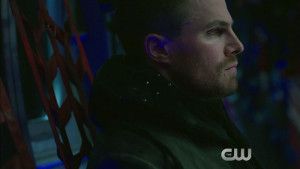 The season finale of Arrow airs on Wednesday, and it’s called “My Name Is Oliver Queen.”

To promote it, The CW will be releasing some preview clips for sure… and thanks to Mr. Video, we have screen captures from one of them. In this clip, which features Stephen Amell as Oliver Queen/Al Sah-Him with Matt Nable as Ra’s al Ghul, we finally see what that new set is that Marc Guggenheim tweeted about weeks ago – it’s the inside of an airplane.

The clip doesn’t appear to be online yet, but as soon as it is, we will post it, so follow @GreenArrowTV on Twitter for updates on when it is posted. 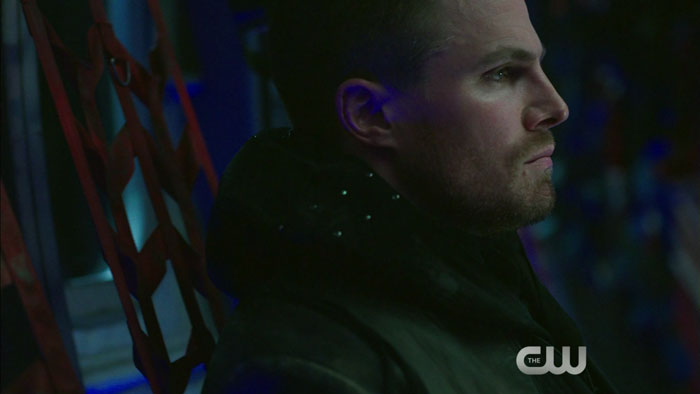