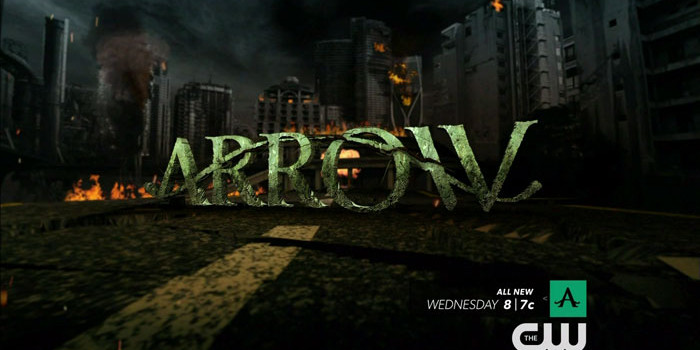 At an event associated with the Television Critics Association Press Tour in Beverly Hills, California, we spoke with Arrow Executive Producer Wendy Mericle about what to expect from the show’s upcoming fourth season. You can see our talk about the strong women of Arrow here — but the night before, we also asked some more general questions about Season 4, including Oliver Queen’s happiness, some new characters coming in, Nyssa, Diggle and more.

Arrow Season 4 premieres October 7, 2015 on The CW, and the interview follows below.

Please note: If you like the interview, please link to the site rather than screencapping/reposting elsewhere. Thank you! 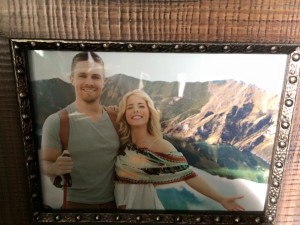 GREENARROWTV’s CRAIG BYRNE: How is the world of the Green Arrow and the other characters changing as the season begins?

WENDY MERICLE: Oliver’s in a much happier place. He went off at the end of Season 3 with Felicity, and he’s happy. I would say that’s the biggest change — we kind of wrapped up the three years of Oliver coming back from the island, PTSD, on this dark mission… we’re still going to have dark missions, and the show is not going to change that much — we’re not going to become Flash — but he’s going to be happy, and we’re going to see what it’s like for him to have a relationship with Felicity and still being a superhero.

As we see him becoming happier in the present day, will his flashbacks get more dour?

Yes. Exactly. That’s kind of the idea, is that he’s going to be down in the flashbacks, and reaching probably his lowest point, as he’s reaching his happiest place in the present day.

You have a number of new characters coming on the show. Can you talk about some that might excite people?

I love Curtis Holt. I think he is amazing, and Echo Kellum… we’re all seeing dailies and seeing cuts, and he’s just phenomenal. It’s nice to have a different feel on the show; it gives Felicity somebody else to have banter with… and also, [it’s nice] to have another LGBT on the character on the show other than Nyssa. 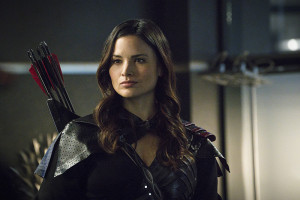 Speaking of Nyssa, will she be part of Season 4?

Absolutely. Yeah. Even though we have left Nanda Parbat, she’s going to be a part of the season.

[Sadly, she won’t be a series regular.] 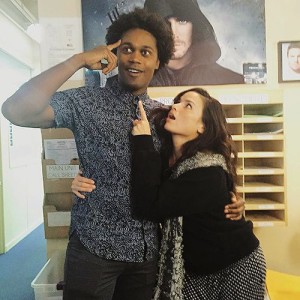 There was a really cute picture on Instagram recently of Katrina Law (Nyssa) and Echo Kellum (Curtis). Could those characters become BFF’s or something?

Oh, that’s an interesting thing. We hadn’t actually thought about that, but that’s a great idea! [Laughs]

Can you talk about what’s coming up for Diggle?

A lot is coming up for Diggle. This is a big Diggle year. He is going to be a bigger part of the team when we start off the season. He’s the new de facto leader of the team. We’re going to see him kicking ass and out in the field a lot this year. You saw at Comic-Con, he’s going to get him own whole mask and get-up, and we’re going to give him a very cool code name, which I can only tease. I can’t tell you what it is.

How quickly will issues like Sara Lance and Ray Palmer be covered?

Out of the gate. We’re going to come out of the gate strong with that stuff. Somewhat for story, but also, we’re tied to the launch [of Legends of Tomorrow] in January, so we’re working hard on getting those characters. 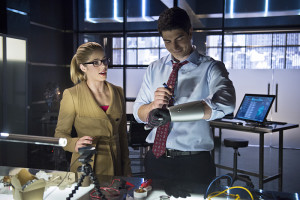 Are Ray and Felicity characters that could be okay as just friends now?

Absolutely. We left them in a sort of sad place — I mean, I think Ray felt particularly heartbroken. Felicity, she got to go off with Oliver — but we are actually working right now where we deal with the ramifications of her decision, and they end in a very good place. 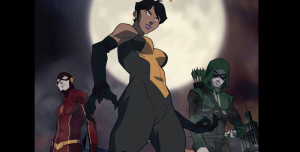 Will we be seeing Vixen on Arrow in live action?

That’s a really interesting question. I think we all would love to see that character brought on to the show. We’re doing magic this season, so she’d be a natural fit. We don’t have any immediate plans for it, but the show on Seed is something we’re all very excited about and invested in.

How excited are you to have become a showrunner on Arrow for Season 4?

It’s very exciting, and one thing I’ll say is it’s amazing going to Comic-Con and really experiencing first-hand, just how much the fans love the show. It makes me just that much more excited to hopefully give them a show that they will love.