Arrow Ratings: “The Man Under The Hood” 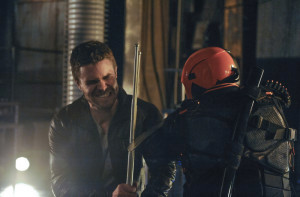 Right now, though, it looks like Arrow had 2.36 million viewers and a 0.7/2 in the 18-49 demographic for “The Man Under The Hood.” Keep in mind, also, that this episode followed a repeat.