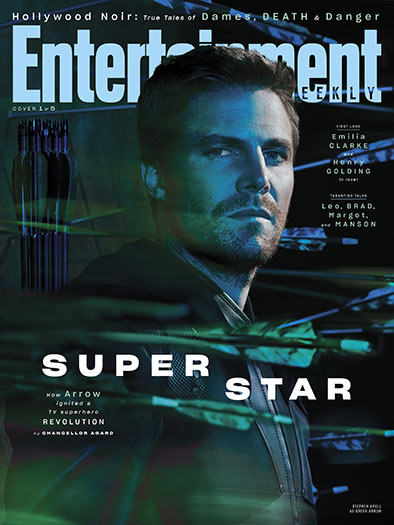 Entertainment Weekly’s first monthly issue (go with it) features the Arrowverse on the cover, just in time for Comic-Con… and in doing so, they’ve revealed Oliver Queen’s new costume for Season 8 as well as revealing some of what we will be seeing in Season 8 as far as his mission goes.

For starters, “Arrow, as you know it, has effectively ended. It’s a different show in season 8,” Stephen says about what it’s like to keep the show and Team Arrow going without its heart, Emily Bett Rickards’ Felicity Smoak.

So what is Oliver Queen’s mission for Season 8, without Felicity?

It seems like Crisis is indeed starting early for him, and he’s working for The Monitor (LaMonica Garrett) and trying to save the entire multiverse.

“[We’re] taking the show on the road, really getting away from Star City. Oliver is going to be traveling the world, and we’re going to go to a lot of different places,” Executive Producer Marc Guggenheim told EW. “Every time I see Oliver and the Monitor, it’s like, ‘Okay, we are very far from where we started.’ But again, that means the show has grown and evolved.”

“This is sort of his final test because it’s greater than Star City,” Beth Schwartz added.

And there’s a trip down memory lane, including guest appearances by Colin Donnell and Josh Segarra.

And yes, it’s going toward the Crisis on Infinite Earths, the 5-episode crossover airing this winter and involving Arrow with Batwoman, The Flash, Supergirl and DC’s Legends of Tomorrow. “Everything relates to what’s going to happen in our crossover episode, which we’ve never done before,” Beth says.

“Oliver [is told] he’s going to die, so each episode in the run-up to ‘Crisis’ has Oliver dealing with the various stages of grief that come with that discovery,” Marc adds. “So the theme really is coming to terms, acceptance.”

“Because he’s a superhero with no superpowers, I always felt he should die — but he may also not die,” Amell told EW. “I cried as [Marc Guggenheim] was telling me [what happens]. There are a lot of hurdles to get over to make that final scene.”

The issue also goes into the 8-year history of Arrow and features quotes from many of the talents that made it happen. You can read the entire article, order print copies of the issue with its 5 Arrowverse covers, and more by visiting EW’s website. And, oh, that new costume? You can see it below. 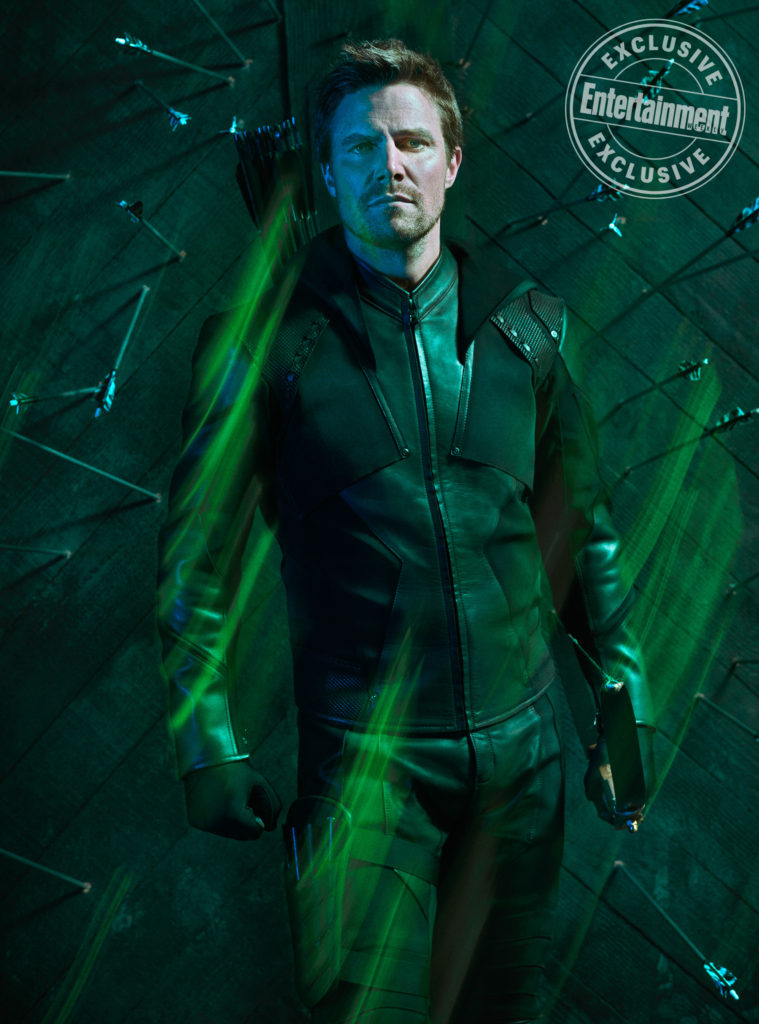