The CW has released a preview clip to promote the November 5 episode of Arrow, and this is a clip featuring a very annoyed Laurel (Katie Cassidy) as Felicity (Emily Bett Rickards) drops in — to be fair, Laurel would probably be annoyed by anyone dropping in unannounced at this point.

The clip makes mention of this Laurel not really being a lawyer, and that she is “doing this for Quentin,” and is a really good scene between the actors, as we see Felicity offering justice against one of Diaz’s “Longbow Hunters” to catch Laurel’s attention.

The title of the episode is “Level Two.” You can see the clip below; previously-released photos and an official description follow. The episode will air this Monday.

RULES ARE MADE TO BE BROKEN — Oliver (Stephen Amell) makes a drastic move in his quest to find Diaz (Kirk Acevedo). Like her husband, Felicity (Emily Bett Rickards) pulls out all the stops to get to Diaz. Meanwhile, when arsonists target Rene’s (Rick Gonzalez) community center, injuring Zoe (guest star Eliza Faria) in the process, the mysterious new Green Arrow swoops in to help save the day. Faced with pressure from the mayor to capture the vigilante, Dinah (Juliana Harkavy) must decide if following the rules at all costs is the best plan to keep the city safe. Ben Bray directed the episode written by Emilio Ortega Aldrich & Tonya Kong (#704). Original airdate 11/5/2018. 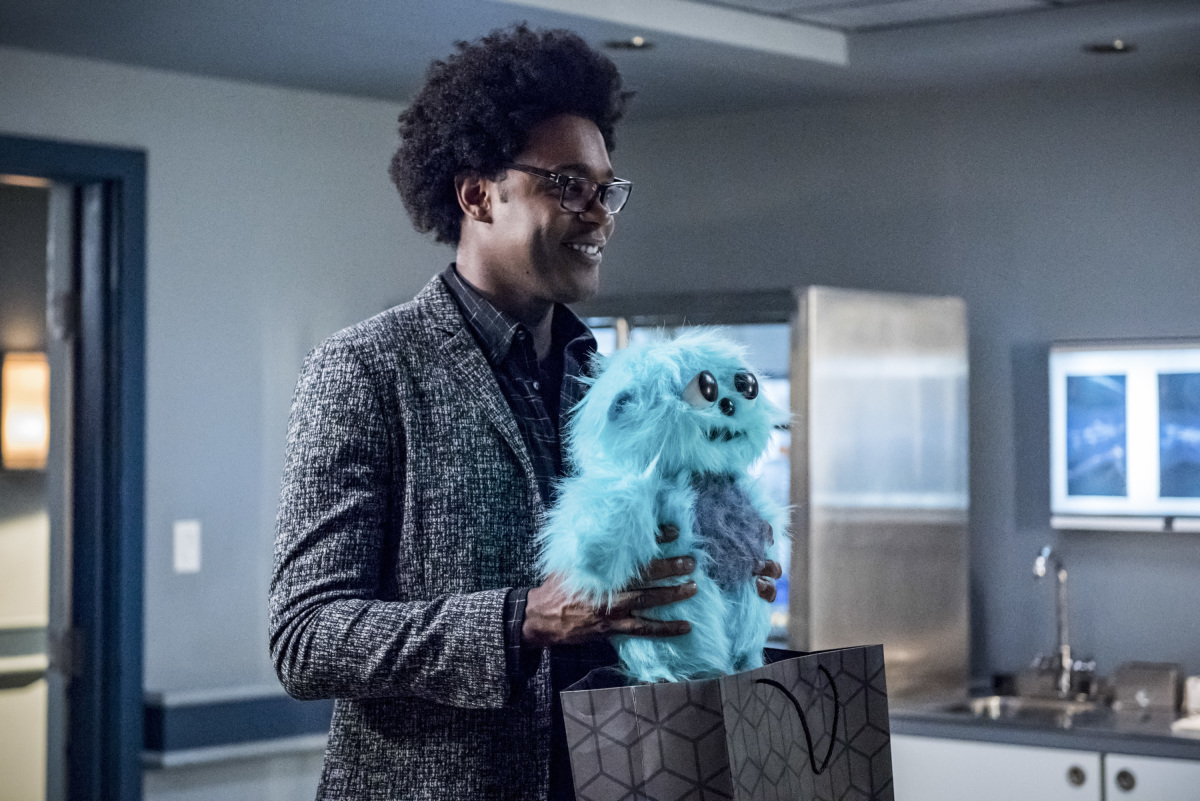