Willa Holland is back as Thea in the October 29 episode of Arrow titled “Leap of Faith” — and if that’s not all, Lexa Doig (Talia al Ghul) appears to be back as well!

The CW has released some photos from the episode — the third in Arrow’s eighth and final season — and in addition to some present day activity, there are a few shots from the future, including at least one very bad-ass photo of Mia (Katherine McNamara!) Katie Cassidy Rodgers directed this one.

Here’s how the episode is described. The photos follow below. 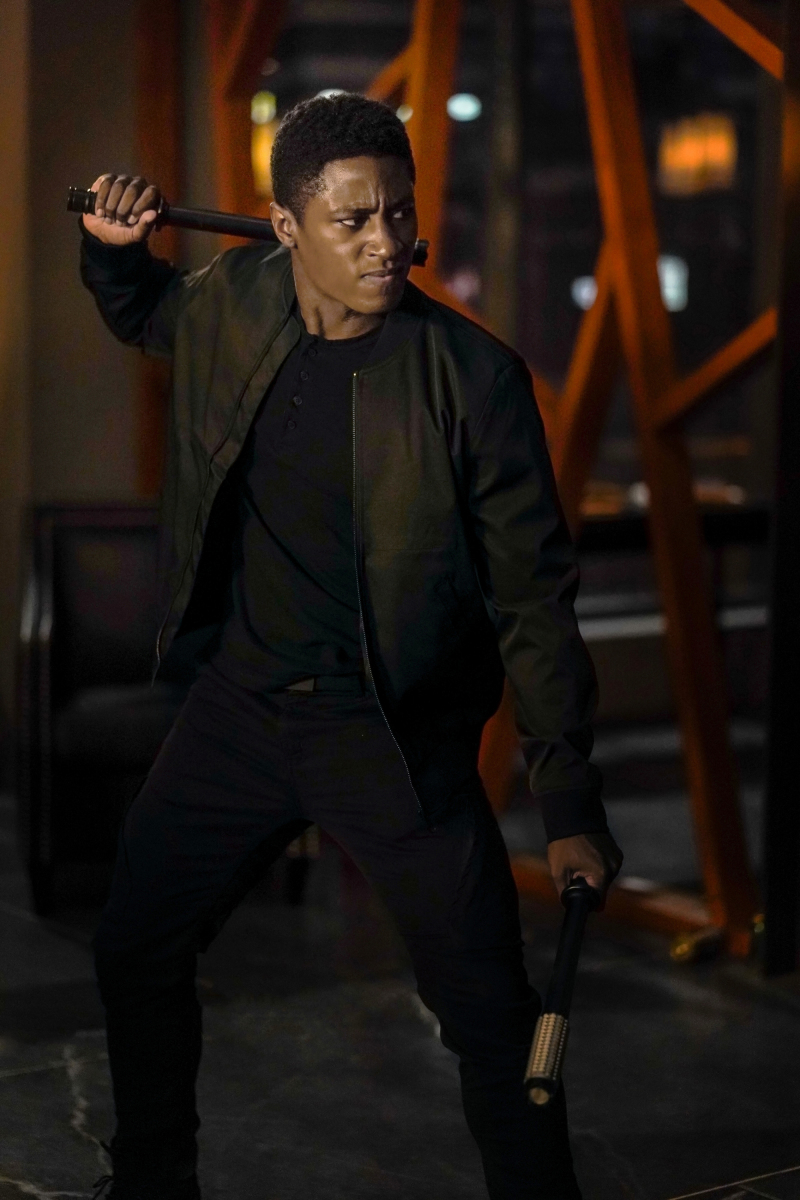