Arrow Gets An Everwood Veteran As The Calculator

A veteran of Greg Berlanti’s Everwood will be playing The Calculator in the upcoming 12th episode of Arrow Season 4, titled “Unchained.” 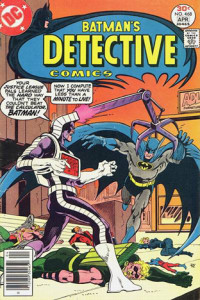 Tom Amandes, who played Dr. Harold Abbott on the beloved WB show, has landed the part. TV Line just broke the news, and said this about the role:

A criminal mastermind and technical genius, The Calculator — aka Noah Kuttler — uses his advanced skills in computer science and internet manipulation to blackmail Roy (Colton Haynes) out of retirement to do his bidding, which leads to an epic battle with Team Arrow.

A shame Gregory Smith isn’t directing this one, right?

Look for “Unchained” to air in 2016. TV Line notes that Amandes will be appearing in two episodes.