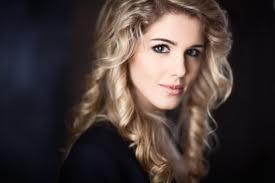 The writers of Arrow weren’t kidding when they said they were dipping into the DC Comics universe with mentions or allusions to other parts of that world.

The latest allusion comes in the third episode, “Lone Gunmen.”

A casting website listed Emily Bett Rickards as being cast as “Felicity Smoak.” This is a potentially recurring role — or at least, that’s what the casting website says. Emily has confirmed that she was shooting Arrow today on her @EmilyBett Twitter feed.

What the casting site doesn’t say is that Felicity Smoak is a character from DC Comics, first appearing in Fury Of Firestorm #23 nearly thirty years ago. In the comics, Smoak was a manager of a computer software company who later ended up suing Firestorm. Oops.

Not knowing about the connection between Firestorm and his half-alter ego, Ronnie Raymond, Smoak ended up in a relationship with Raymond’s father and eventually married him. As far as we know, Smoak hasn’t appeared in the “New 52” comics.

We do not know how Smoak fits into the “Lone Gunmen” story. Obviously, the actress looks too young to be anyone’s mother, but perhaps this character will have something to do with either computer software or litigation? Either way, like Big Belly Burger and Constantine Drakon, any nod to the larger DC universe — even with just a character name — is always welcome. Now, that character name could also conceivably change between now and the actual shoot — but here’s hoping that this little nod sticks.