Arrow is back on Wednesday, April 27, and The CW has now released some official preview images for the next new episode of the series, which is called “Canary Cry.”

A description is not yet available, but you can find the new photos below. (Those photos from the hospital with Laurel — are they from this episode or leftover from this week’s show? Guess we’ll wait and see.)

Also, notice the “William Clayton” gravestone. Was this shot to be replaced in post with the real one, which will say [spoiler warning for last night’s episode] Dinah Laurel Lance? Or is this a fake graveyard for people in danger from Damien Darhk?

UPDATE: The CW has now released an official description: 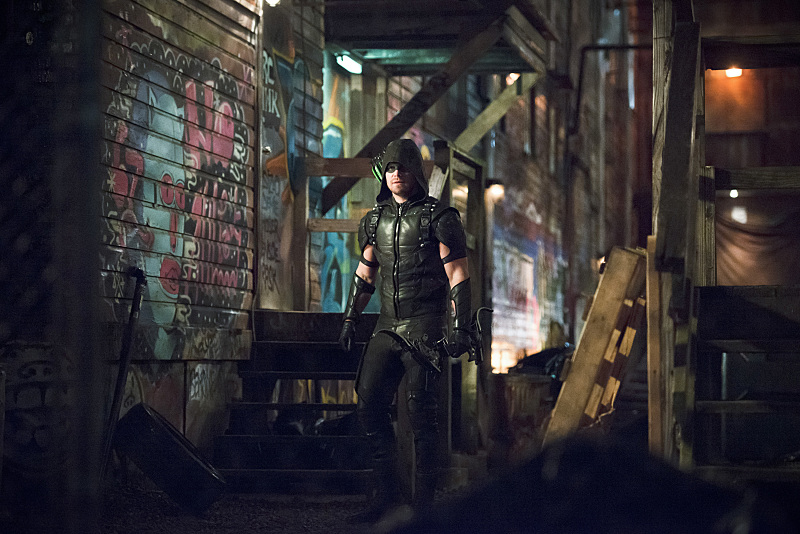