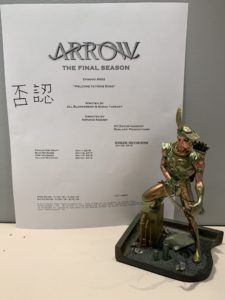 GreenArrowTV exclusively revealed the title of the third episode of Arrow’s final season 8 earlier this week… but what about Episode #8.2?

Executive Producer/Showrunner Beth Schwartz has us covered with an answer!

“Welcome to Hong Kong” is the title of Episode #8.2… and with Season 8 being Arrow’s greatest hits, could this be a return to some of the characters Oliver interacted with in Season 3? Guess we’ll have to wait and see.