It’s almost hard to believe that Arrow is about to start production on the 20th episode of the current season!

You can see the title page below. We’re interested in the clock… does this imply time is running out for someone? 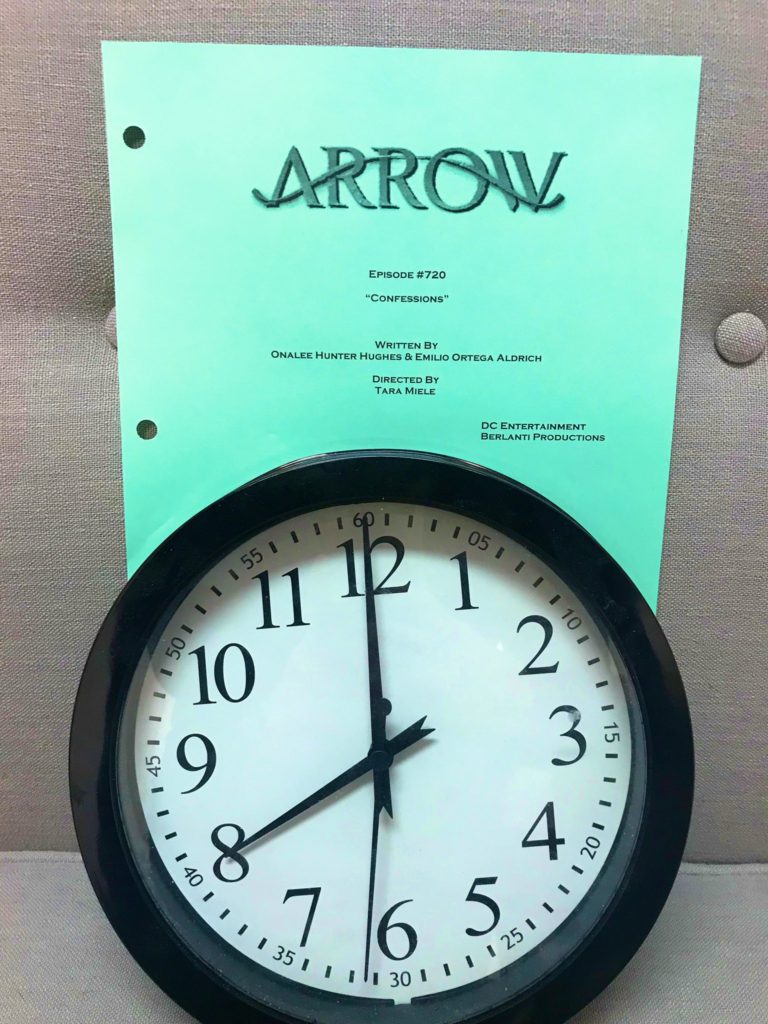