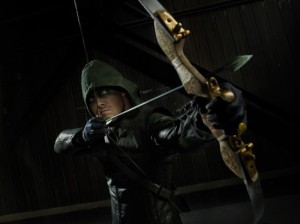 After leaving fans to wonder what the title might be, Arrow Executive Producer Marc Guggenheim has revealed that the 18th episode of Arrow Season 3 is “Public Enemy.”

….The Arrow is really going to piss Quentin off, isn’t he?

The episode is written by Guggenheim & Wendy Mericle, and it is directed by Dwight Little.