This past weekend, GATV’s Matt Tucker wrote a column asking “Is Arrow Running Out Of Gas?” After not a lot of recent traction with the Damian Darhk and flashback storylines and waiting until the 18th episode of the season to finally reveal who is in the grave, it seemed as though the show had been on autopilot for a few weeks.

Thankfully, Arrow picks up steam and the danger and drama are amplified in this Wednesday’s episode of the show, titled “Eleven-Fifty-Nine.” Yes, this is “The One Where Someone Dies.” No, I’m not telling you who it is. But this episode certainly puts some gas into the Arrow tank, raising the stakes and the drama in a way that I’m very curious to see what happens next.

It is actually difficult to say what I thought of how the episode turned out without tipping off clues as to who it might actually be that is in the grave. What I can say is that the script by Marc Guggenheim & Keto Shimizu and the direction of Rob Cohen are very strong, and the episode provides great character moments for more than a few members of Team Arrow. David Ramsey and Katie Cassidy, for example, are given meatier material than we’ve seen in a while as they face their own conflicts — John’s conflicts being with his brother Andy, and Laurel’s conflicts with a job offer from Star City’s new mayor. Dealing with both of them, of course, is Oliver (Stephen Amell), who also gets some good moments with characters that also offer clarity about their relationships.

I’m also happy to report that Thea is finally over her father Malcolm’s devious ways, which should add to more character development for Willa Holland’s character, assuming she makes it out of the episode alive.

“Eleven-Fifty-Nine” also does a good job of more solidly tying in the flashbacks to the events in the present day. I admit, I’m not the biggest fan of the flashbacks and would be totally okay with it if they were gone in Season 5, but I will say that the parallels in this one are the best they’ve been since perhaps Season 2.

Finally… prepare tissues, because even if you think you’re prepared for what’s coming on the episode, airing Wednesday night on The CW, you’re not. And that’s all I’m going to say, for fear that I’ll say too much. Great performances all around. While I don’t want to see a character dying every week, the stakes are raised in such a way that if Episodes 19-23 are this good, Arrow will definitely come out as the series so many of us fell in love with.

(Spoiler: The person who dies is Daryl Dixon.)

Arrow “Eleven-Fifty-Nine” airs Wednesday night, April 6 on The CW. You can see some preview images below. 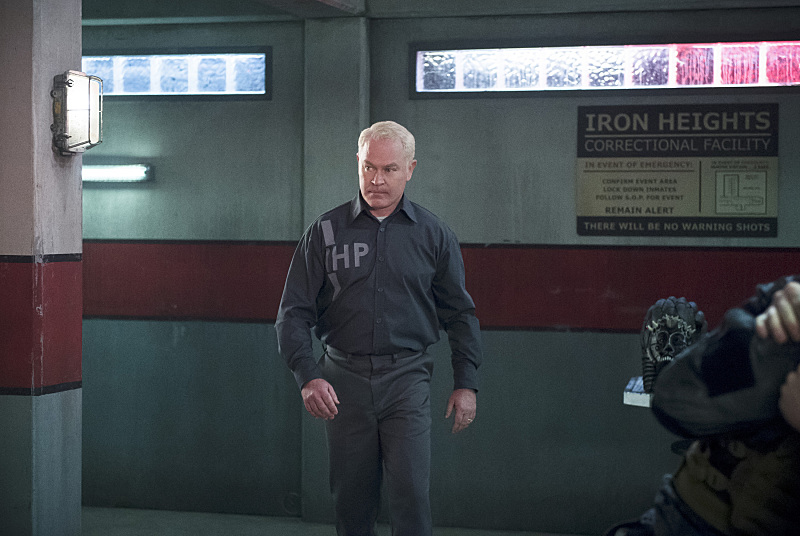