A Popular Arrow Character Might Never Be Seen Again

Arrow2527 CW93 Floyd Lawton6 Goodbye2 Michael Rowe34 Suicide Squad30 Will Smith2
While everyone has been so concerned about the potential loss of a major character, another perhaps permanent goodbye might have gone by in relatively... 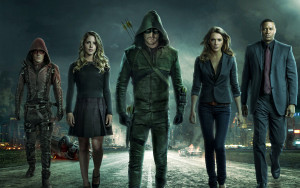 Over the last month, some ominous social media messages from Arrow stars have alluded to a stunning “goodbye” to at least one of the show’s characters. Speculation is rampant about which of the citizens of Starling City is about to take a temporary or permanent vacation, if indeed true.

Yet, while everyone’s concern has been about the big revelation, another perhaps permanent goodbye might have gone by in relatively quiet fashion.

SPOILERS: Do not read past this point if you haven’t seen the last few episodes of this season.

In the recent episode “Suicidal Tendencies,” the popular character Floyd Lawton, the acerbic mercenary assassin known as Deadshot, was seemingly killed in a building explosion. The narrative set it up as a willing sacrifice to allow newlyweds John Diggle and Lyla Michaels to return home to their baby daughter Sara after successfully rescuing hostages.

The episode was especially poignant in showcasing Lawton’s past as a soldier returned home from war in Afghanistan. As a sniper with astonishing skill, Lawton took a number of lives during the war and the toll on his soul became quite evident. Eventually, his wife and young daughter Zoey grew too scared of his angry outbursts brought on by PTSD, had him arrested, and took a restraining order out against him. Lost, a secret organization hired him to put his assassination skills to work for them.

The episode was rare in that the flashbacks focused entirely on Lawton. This, as it turns out, might have been a nice send-off for the character and his portrayer, Michael Rowe.

Asked directly by a fan on his Tumblr blog, Arrow executive producer and showrunner Marc Guggenheim confirmed that Lawton’s death was legit.

ogteamarrow asked:
I seriously think your casting is the best out there because you guys casted Audrey Marie Henderson and Michael Rowe as Lyla and Deadshot. I have my doubts Deadshot is actually dead so is there any chance Lyla and Deadshot could be regulars next season?

First, thanks for the kind words. I agree with you, our casting people — in Los Angeles and Vancouver — are the best.

Unfortunately, Deadshot is off the table for the nonce.

This is somewhat of a strange development, considering the episode picked up on the thread about the clandestine H.I.V.E. organization that hired Lawton to kill John Diggle’s brother Andrew. The thread was left dangling in Season 2 when Lawton first mentioned the group he was working for in “Keep Your Enemies Closer,” so this was a welcome return. The open-ended nature of the flashback, showing Lawton accept his first assignment and the target revealed as Andy Diggle, suggested there was more to be seen of Deadshot’s story. 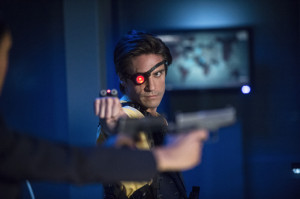 The timing, though, is not altogether surprising.

Warner Bros. has made splashy headlines of late in the run-up to production on its Suicide Squad feature film. Amongst a flurry of big names cast in the film, Will Smith is starring in the role of Floyd Lawton. With a new Deadshot to hang audiences on, WB likely felt it was time to sideline any other version of the character.

For those unfamiliar with Guggenheim’s choice of wording, “for the nonce” means at the present moment, and usually for a specific reason or purpose.

Sadly, this isn’t the first nor likely the last time character availability will affect a DC Comics-based television series. For many of its ten seasons, Smallville was hampered by restrictions against using certain characters to tell their stories, most notably Bruce Wayne and Diana Prince. Arrow had received the veto previously just prior to this third season. The character of Ray Palmer was originally intended to be Ted Kord, the second person to bear the title of Blue Beetle.

It’s always a bit of a conundrum. When announcements were made regarding the new Flash movie coming out in 2018, the bigwigs at DC Entertainment were clear to point out that they viewed everything in their planned shared movie universe as separate from their various television series. And while Arrow has spawned the DCwU, these series are distinctly separate from Fox’s Gotham and potentially independent from NBC’s Constantine and CBS’ upcoming Supergirl. 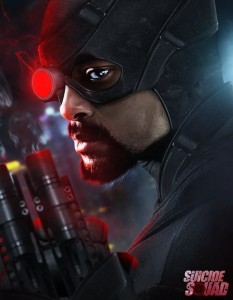 The concept is that all of these properties exist in a live-action “multiverse” that allow them such things as a Grant Gustin Flash co-existing with an Ezra Miller Flash. It’s a bit of a gussied up way to say they aren’t crossing the streams, and we all buy it in the fun spirit it’s intended.

In reality, it’s safe to assume audiences are savvy enough to distinguish film continuity from television continuity, as they were when both Brandon Routh and Tom Welling were playing Clark Kent simultaneously in their respective mediums. Sure, audiences would love for the film and television properties to exist as one happy world, similar to the Marvel Cinematic Universe concept, but they’re smart enough to accept Michael Rowe and Will Smith as Deadshot. It’d be nice to have that intelligence trusted.

It should be noted that Guggenheim does not explicitly say that this is the reason that Deadshot if off the table. Safe money, though.

WBTV is at the whim of its big brother film division. As a result, while it might not be permanent, we could very well have just witnessed the last time Deadshot will appear on Arrow.

A tip of the hat to our friends over at Cinema Blend for bringing this to our attention.