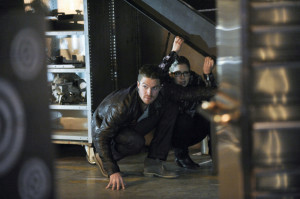 The CW has posted a new synopsis for Arrow Season 3, and they reveal some big spoilers about the season premiere – especially if “Olicity” is your thing.

There was some concern but it is true – this description is legit.

In the aftermath of this victory, Season Three opens with Arrow now a hero to the citizens of Starling.  Crime is down, people feel safer, and Captain Lance even calls off the Anti-Vigilante Task Force.  Basking in his success, Oliver believes he can finally have a private life and asks Felicity out on a date.  But the second Oliver takes his eye off the ball, a deadly villain reappears in Starling, forcing Oliver to realize that he can never be Oliver Queen – not as long as the city needs The Arrow.

We will be updating the Arrow Spoilers Page with this and much more momentarily.