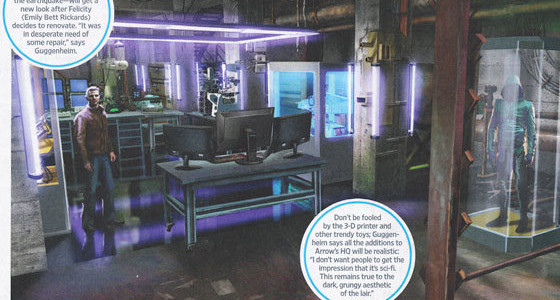 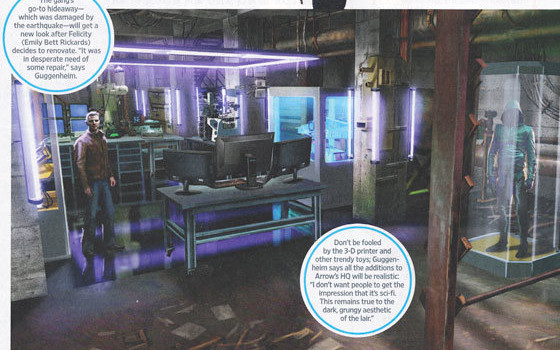 The Comic-Con issue of Entertainment Weekly magazine features The Amazing Spider-Man 2 on the cover and is hitting newsstands and subscriber mailboxes now.

Within the magazine, we get a look at the Season 2 “lair” for Oliver & his crew, which comes after “Felicity decides to renovate” as “it was in desperate need of some repair.” Here’s a peek: 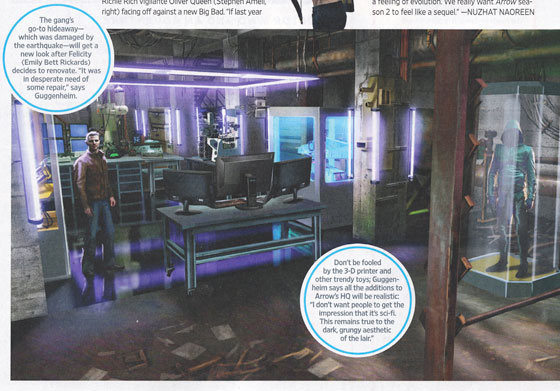 Arrow Executive Producer Marc Guggenheim assured in the magazine that the new lair won’t be too sci-fi and that things will remain realistic. “This remains true to the dark, grungy aesthetic of the lair,” he said.

The feature reveals some other spoilers, too. For starters, there’s going to be a lot going on, and very quickly. “Some people have suggested to me in interviews, ‘Now you guys will slow things down, right?'” he said to the magazine. “The first four episodes are basically a statement that nothing could be further from the truth.” Oliver’s arsenal will become a bit more high-tech, and Guggenheim says that Season 2 is about “how does he go from vigilante to hero?”

“There’s a feeling of evolution,” Guggenheim said. “We really want Arrow Season 2 to feel like a sequel.”

The new EW is available now. For more on Season 2, visit our Spoilers page!