Who Is That Hooded Figure? We Have A Name… 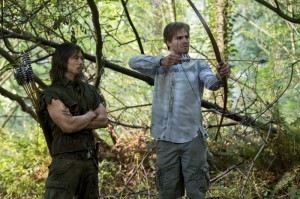 Some images were released from the fifth episode of Arrow, titled “Damaged,” today… you can find them here… but most interesting within the captions is the revelation of who the green hooded figure at the end of Episode 2 would be.

We now know: His name is “Yao Fei,” he’s the mysterious character that Byron Mann was playing, and we’ll first see him next week in “Lone Gunmen.”

Read more upcoming Arrow spoilers here at GreenArrowTV and take a look at those “Damaged” photos!