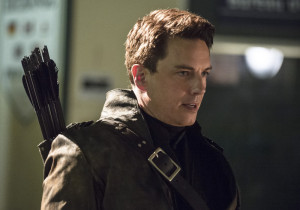 We thought it would be impossible news to get considering his schedule, but apparently not… some good news from Stephen Amell’s Twitter feed…

(Now, you all are going to give Cynthia Addai-Robinson a promotion too, right!?)

#Arrow has a new series regular. @Team_Barrowman — What could go wrong?!?! pic.twitter.com/VgFQdQhKNq