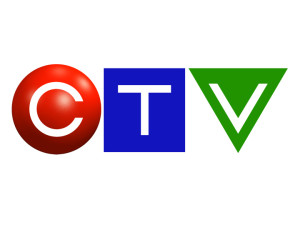 CTV has picked up Arrow to air on Wednesday nights at 8PM on CTV Two in Canada starting this Fall. This will mean the show will air the same time it is seen on The CW in the United States.

Here’s the description from CTV this morning:

One of the most sought-after new faces in Hollywood, Gemini Award-winning Canadian actor Stephen Amell stars in the new action-adventure drama ARROW. A modern retelling of the legendary DC Comics character Green Arrow, the series embraces a dark, cinematic take on the story of billionaire playboy Oliver Queen, who after a violent shipwreck was presumed dead but fought for his survival for five years on a remote island in the Pacific. Once rescued, Oliver returns home to Starling City, where his devoted mother Moira (Susanna Thompson), much-beloved sister Thea (Willa Holland) and best friend Tommy (Colin Donnell) welcome him home, but they soon realize that the Oliver they said goodbye to is very different from the one who returned. As Oliver tries to reconnect with those closest to him, he secretly creates the persona of Arrow – a ruthless vigilante determined to right the wrongs of his family, fight the ills of society, and restore Starling City to its former glory. First on his list of targets is the villainous and corrupt businessman, Adam Hunt (Canadian Brian Markinson). By day, Oliver plays the role of the wealthy, carefree and careless philanderer he used to be – watched closely by his devoted chauffeur/bodyguard, John Diggle (David Ramsey) – while carefully concealing the secret identity he turns to in the darkness.