Arrow: Promo Trailer For “Nanda Parbat” – With THE ATOM! 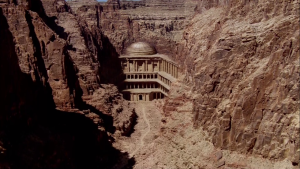 The CW hasn’t released any official photos yet, but they DID air a trailer tonight for the February 25 episode of Arrow, which is called “Nanda Parbat.”

All indications point to this episode being a game changer, so, there’s that. The episode also features the first appearance of Ray Palmer’s A.T.O.M. suit in action! Now updated with an extended version of the trailer!

Below, you can find the trailer, and if you’d like to talk about this week’s show, “The Return,” come by our Arrow forum!