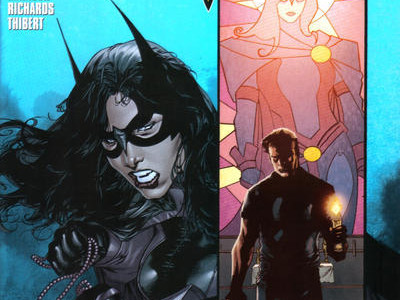 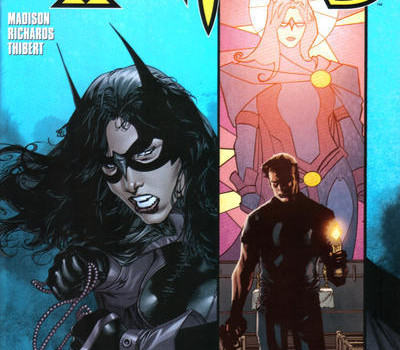 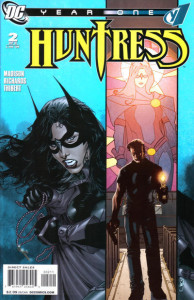 Helena Bertinelli comes to Arrow on November 28, in an episode co-written by DC Entertainment’s Geoff Johns and featuring Jessica de Gouw as the Huntress! Here’s the official description for the episode which The CW released today:

THE HUNTRESS RIDES INTO STARLING CITY AND HEATS THINGS UP WITH OLIVER — Oliver (Stephen Amell) encounters a mysterious woman, Helena Bertinelli (guest star Jessica DeGouw), daughter of mob boss Frank Bertinelli (guest star Jeffrey Nordling), who he can finally be himself with, but he soon comes to realize she’s hiding dangerous secrets of her own. Helena is on her own personal mission of vengeance and Oliver is caught in the middle. Meanwhile, Tommy (Colin Donnell) is blindsided by an unfortunate turn of events and turns to Laurel (Katie Cassidy) for support. David Ramsey, Willa Holland, Susanna Thompson and Paul Blackthorne also star. Posted at GreenArrowTV. David Grossman directed the episode with story by Andrew Kriesberg and teleplay by Geoff Johns & Marc Guggenheim (107).